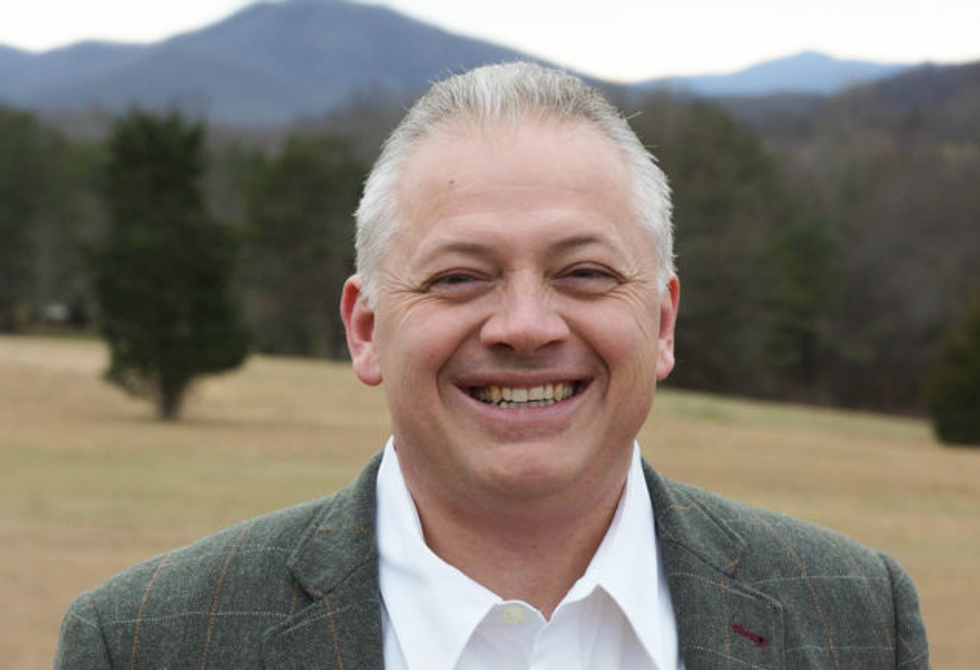 Denver Riggleman, the Republican congressional candidate for Virginia's 5th Congressional District, believes that rape is a complicated issue. But most of his solutions seem to put the burden on young women to avoid being raped.

"I think a lot of it comes to educating females, right, specifically in the fraternities and sororities that they’re a part of," said Riggleman. He also added that he believes in "making sure that there's support groups to help people report."

As Emily Crockett of Shareblue Media notes, this answer is problematic for several reasons:

Lecturing women on how to avoid getting raped isn’t just insulting and frustrating; it also doesn’t stop rape from happening. Demanding that women dress more modestly or avoid parties with alcohol is a way to restrict their freedom, but it’s not a way to prevent them from being targeted by a predator. It also doesn’t prevent that predator from targeting some other woman.

It’s not entirely clear what sort of “education” Riggleman has in mind to help America’s young “females” avoid being raped. He makes references to fraternities and sororities, so he probably has drunken parties in mind.

But plenty of women get drunk at parties and meet men without getting raped. The difference isn’t what the women do — it’s whether the guys they meet decide to rape them.

Riggleman only added at the very end of his speech, seemingly as an afterthought, that "I also think that sons need to be educated."

This answer stands in stark contrast to Cockburn's answer to the question; she focused less on how women can avoid being raped, and more on how to go after rapists.

Virginia's 5th District, which convers much of the center of the state, is being vacated by Rep. Tom Garrett, who suspended his re-election campaign amid his struggles with alcoholism and a scandal involving use of his congressional staffers as personal servants.