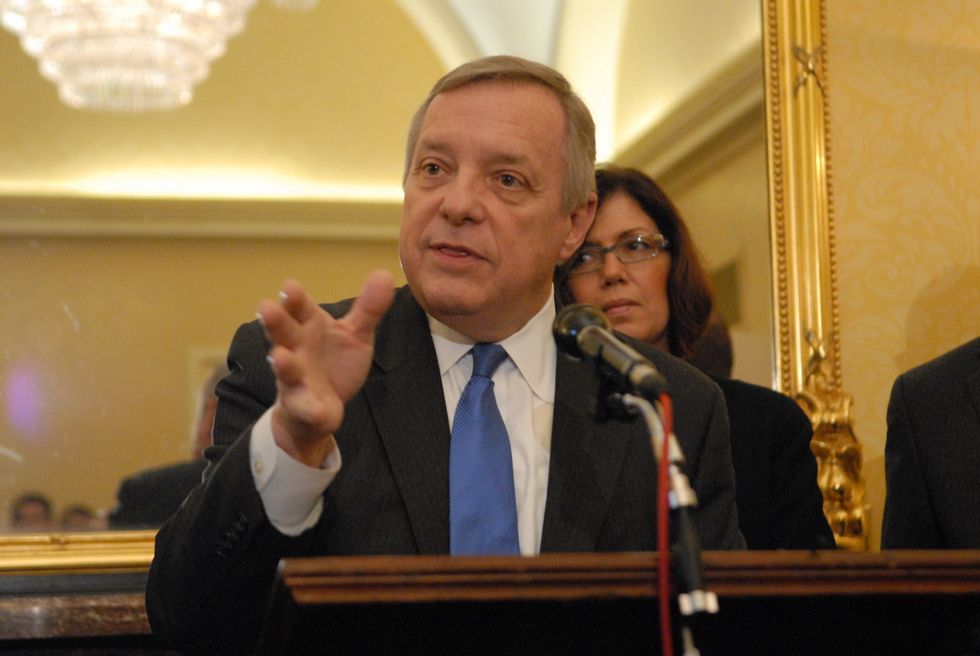 Democrats on the Senate Judiciary Committee published a letter Wednesday night strongly implying that there may be evidence of Brett Kavanaugh's engaging in "inappropriate sexual abuse or alcohol abuse" in past FBI background checks.

The letter was written in response to a series of tweets from the committee on an account run by the Republican majority.

"As part of Judge Kavanaugh’s nomination to #SCOTUS, the FBI conducted its SIXTH full-field background investigation of Judge Kavanaugh since 1993. As part of these 6 prior FBI investigations, the FBI interviewed nearly 150 different people who know Judge Kavanaugh personally," the tweet said. Another continued: "Nowhere in any of these six FBI reports, which the committee has reviewed on a bipartisan basis, was there ever a whiff of ANY issue – at all – related in any way to inappropriate sexual behavior or alcohol abuse."

It was this second tweet that the Democrats took issue with.

Sen. Dick Durbin (D-IL) sent a tweet reiterating the point of the letter. In response, the committee's account tweeted: "Nothing in the tweet is inaccurate or misleading. The committee stands by its statement, which is completely truthful. More baseless innuendo and more false smears from Senate Democrats."

It was not clear what information the Democrats could be referring to or what the disagreement may specifically be about without further information. However, the dispute may rest on different interpretations of what it means to say the reports contained a "whiff" of the behavior in question.