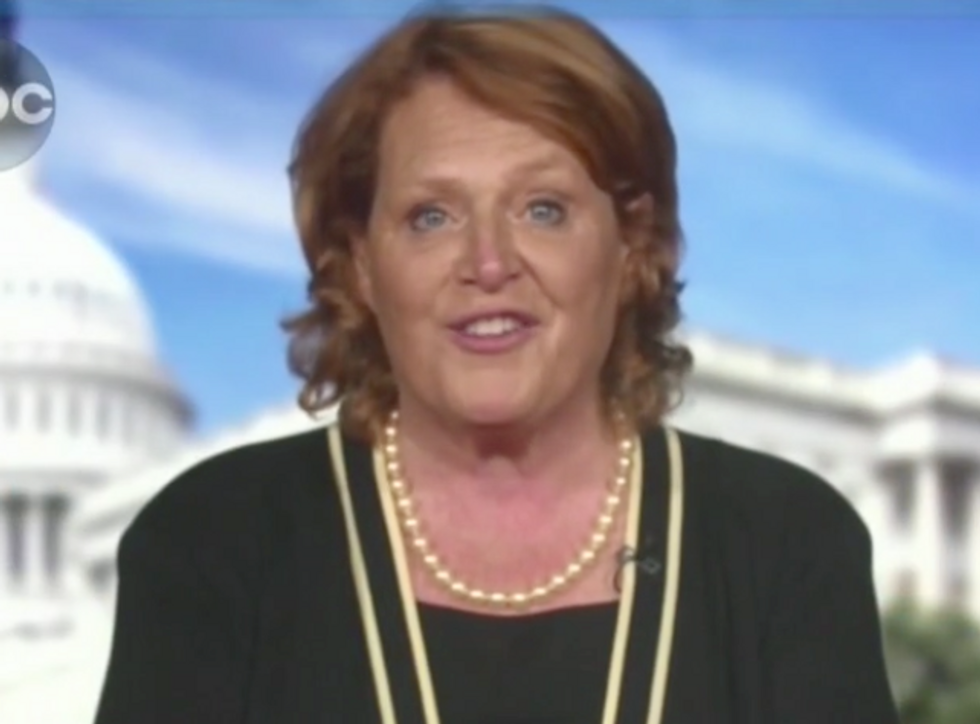 Sen. Heidi Heitkamp (D-ND), along with Sen. Joe Manchin (D-WV), was one of the two Democratic senators who many observers believed had the potential to vote to confirm Supreme Court nominee Brett Kavanaugh. But on Thursday afternoon, Heitkamp announced that she would not be supporting him after all.

As she stares down a tough Senate race in the red state of North Dakota, the senator fears that the decision will cost her.

"I can't get up in the morning and look at the life experience that I've had and say 'yes' to Judge Kavanaugh," she said, her voice catching as she clearly held back emotion.

"The process has been bad, but at the end of the day, you have to make a decision, and I've made that decision," she continued. "I will be voting 'no' on Judge Kavanaugh."

In a statement announcing her decision, the senator said that Kavanaugh's temperament, honesty, and impartiality were all in question after he delivered a furious screed at his Senate testimony last week. She also said that Christine Blasey Ford, who has accused Kavanaugh of sexual abuse, along with other victims, should be respected.

Watch the clip of Heitkamp below: