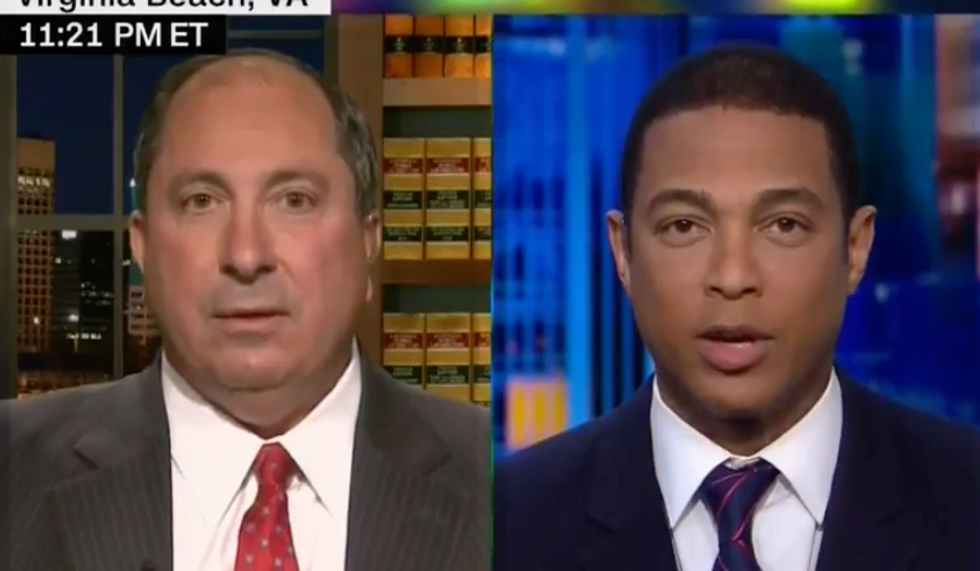 Nine days after journalist Jamal Khashoggi's disappearance in the Saudi consulate in Istanbul, President Trump has expressed only vague concern over reports that he had been murdered by a Saudi "hit team"—and late on Wednesday he all but took off the table the possibility of cutting off arms sales to the Saudis if they are found responsible for Khashoggi's likely death.

"We have jobs. We have a lot of things happening in this country. We have a country that's doing probably better economically than it's ever done before," Trump said in a Fox News interview. "A part of that is what we are doing with our defense systems and everybody is wanting them and, frankly, I think [ending arms sales] would be a very, very tough pill to swallow for our country."

The U.S. has sold more than $200 billion in weapons and military equipment to the Saudis in recent years, with Trump signing off on a $110 billion agreement weeks after taking office and the Obama administration offering the country $115 billion in arms sales. Since 2015, those sales have helped to fund Saudi Arabia's air war in Yemen, which has killed more than 16,000 civilians and left millions displaced and on the verge of famine.

Khashoggi's disappearance on October 2 has led many to call for the Trump administration to take action against the Saudis, who Turkish officials believe had the Washington Post columnist killed.

"We request that you make a determination on the imposition of sanctions pursuant to the Global Magnitsky Human Rights Accountability Act with respect to any foreign person responsible for such a violation related to Mr. Khashoggi," Sens. Bob Corker (R-Tenn.), Robert Menendez (D-N.J.), and others wrote in a letter to Trump on Wednesday. "Our expectation is that in making your determination you will consider any relevant information, including with respect to the highest-ranking officials in the government of Saudi Arabia."

In thread posted to Twitter, Rep. Ro Khanna (D-Calif.) also called for a full probe and said, "This is what happens when you embolden authoritarian dictators around the world."

THREAD - I’m very concerned with the alleged news of the Saudis killing Washington Post journalist and Virginia resident, Jamal Khashoggi. There must be a full and transparent investigation to understand what exactly happened. https://t.co/DKBc7CMJq4

Khanna added, "I hope Congress will stand up to this administration, end our involvement in the war in Yemen and cut of all arms sales to Saudi Arabia."

Khashoggi went into the building to obtain routine paperwork while his fiancee, Hatice Cengiz, waited outside. He has not been seen since. At the Post, the Saudi-born writer frequently criticized his home country's government and Crown Prince Mohammed bin Salman's restrictions on free speech.

Trump's remarks on Wednesday night outraged many who fear the administration will do little to uncover the truth about what happened to Khashoggi.

While shocking, the president's comments mirrored attitudes held for years by many in Washington, journalist Glenn Greenwald pointed out. "Trump here is expressing the views and conduct of U.S. officials and D.C. foreign policy elites for decades. He's just doing it with a bluntness that illuminates rather than obfuscates. So often, D.C. mavens hate Trump mostly because of his inability and/or refusal to mask what the U.S. is," Greenwald wrote on Twitter, posting a 2016 video of CNN's Wolf Blitzer pondering whether ending the United States' support of a war which had by then attacked hundreds of non-military targets, was worth the weapons manufacturing jobs that may be lost as a result.

For those upset at Trump admitting that he doesn't want to sanction Saudi Arabia because it would hurt the US econo… https://t.co/lfcAYxxcPA
— Glenn Greenwald (@Glenn Greenwald)1539259847.0

The Saudis, led by MBS and with the direct support of both the US and UK Governments, have been massacring Yemeni c… https://t.co/QPJIElK89T
— Glenn Greenwald (@Glenn Greenwald)1539257602.0