'Deep Cowardice': Paul Krugman Explains How the Media's 'Fear of Sounding Partisan' Plays Into the Hands of Right-Wing Extremists 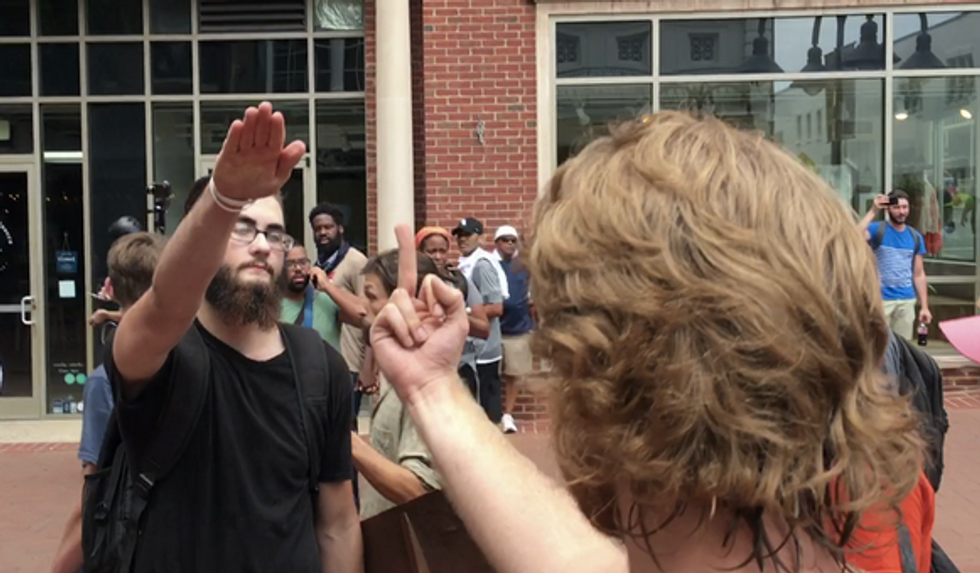 With the 2018 midterms only one week away, veteran economics professor and New York Times columnist Paul Krugman is arguing that voters can either reject or condone hatred when they go to the polls next week—stressing that “bothsidesism” and “whataboutism” have become “the last refuge of cowards.”

The 65-year-old Krugman’s latest column, published with the headline “Hate Is on the Ballot Next Week,” was written in the wake of three acts of domestic terrorism that occurred within a short period of time: the random, seemingly racially motivated killing of two older African-Americans at a supermarket in Louisville, Kentucky on October 25, a series of pipe bombs mailed to prominent Democrats. and the anti-Semitic slaughter of 11 people at the Tree of Life synagogue in Pittsburgh on October 27. Krugman pulls no punches, asserting that “all of these hate crimes seem clearly linked to the climate of paranoia and racism deliberately fostered by Donald Trump and his allies in Congress and the media.”

Reflecting on the incident in Louisville, Krugman writes, “Killing black people is an old American tradition, but it is experiencing a revival in the Trump era.”

Krugman goes on to discuss the pipe bombs, noting that the Florida-based suspect, 56-year-old Cesar Altieri Sayoc, is a “fanatical Trump supporter” and that the targets “were people and a news organization Trump has attacked in many speeches.”

Discussing the anti-Semitic massacre in Pittsburgh, Krugman notes that the suspect, Robert Bowers, is “critical of Trump, who he apparently believes isn’t anti-Semitic enough.” Krugman quickly adds, however, that “his rage seems to have been fueled by a conspiracy theory being systematically spread by Trump supporters: the claim that Jewish financiers are bringing brown people into America to displace whites.”

Krugman’s column is highly critical of what he describes as “bothsidesism” and “whataboutism”—meaning that when one calls out Republicans and Trump supporters for spreading hate, some people will respond that “both sides” are doing so and that Republicans shouldn’t be singled out as bigots. Republicans and Trumpistas, Krugman argues, should be singled out because they are the ones promoting “the explosion of hatred” in the U.S.

Typically, Krugman writes, promoters of “bothsidesism” and “whataboutism” will resort to “false equivalence,” arguing that “Democrats are just as bad” because “some Trump opponents have yelled at politicians in restaurants.” But yelling in a restaurant, Krugman emphasizes, or engaging in loud but nonviolent protests or acts of civil disobedience is in no way comparable to the type of hateful rhetoric that encourages extremists to become violent.

“False equivalence, portraying the parties as symmetric even when they clearly aren’t, has long been the norm among self-proclaimed centrists and some influential media figures,” Krugman writes. “It’s a stance that has hugely benefited the GOP, as it has increasingly become the party of right-wing extremists.

“Bothsidesism,” Krugman writes, is “a fanatical cult impervious to evidence….This needs to stop, and those who keep practicing bothsidesism need to be shamed. At this point, pretending that both sides are equally to blame, or attributing political violence to spreading hatred without identifying who’s responsible for that spread, is a form of deep cowardice.”

Krugman concludes that when voters to go to the polls on Tuesday, November 6, they can either condone or condemn hatred and extremism.

“The fact is that one side of the political spectrum is peddling hatred, while the other isn’t,” Krugman concludes. “And refusing to point that out for fear of sounding partisan is, in effect, lending aid and comfort to the people poisoning our politics. Yes, hate is on the ballot next week.”