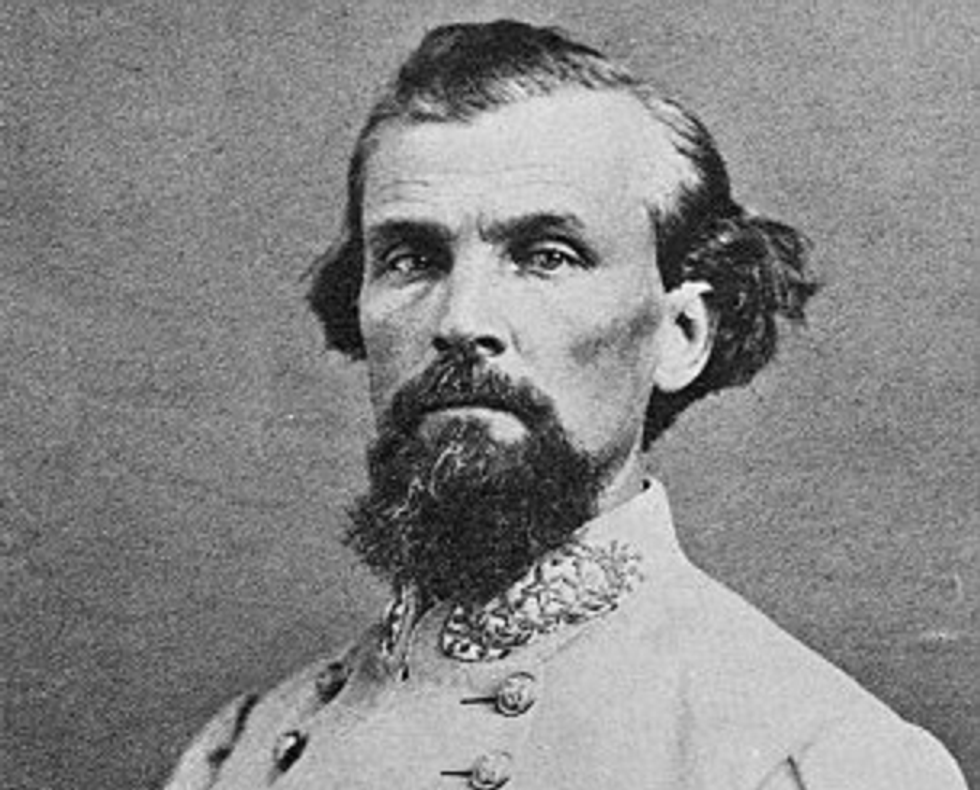 On Tuesday, the Washington Post reported that David J. Thomas Sr., a longtime official at the Department of Veterans Affairs, has removed a painting of Nathan Bedford Forrest from his office.

Forrest, a 19th century slave trader and general of the Confederate Army, is best known for his role as the first grand wizard of the Ku Klux Klan. Though he denied any involvement in the group in later years, under his leadership, the KKK grew into America's most infamous white supremacist terror group, seeking to control African-Americans newly freed from slavery with a campaign of violence.

Upon being questioned by a Post reporter, Thomas denied knowing anything about Forrest's history other than that he was a former Southern general, and said that "it was just a beautiful print that I had purchased, and I thought it was very nice."

Thomas, a civil servant with the Department of Veterans Affairs since 2013, is the deputy executive director of the VA Office of Small and Disadvantaged Business Utilization, which certifies businesses run by veterans seeking government contracts. Most of his senior staff are African-American, and after his employees noticed the painting, they began circulating a petition to VA Secretary Robert Wilkie.

Forrest is often a focus of Southern revisionism. Last year, one of President Donald Trump's judicial nominees, Brett Talley, withdrew from consideration in part because of the discovery of an online post he made in 2011 defending Forrest as a decent man and "the First KKK" as a benign organization.