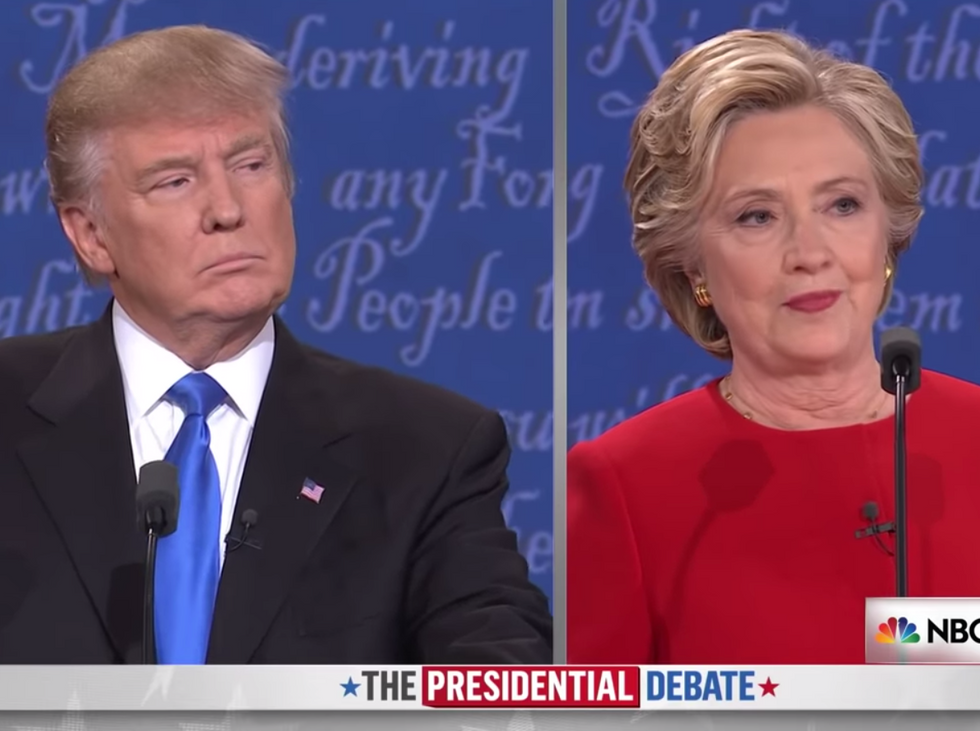 Despite the furor surrounding former Secretary of State Hillary Clinton's handling of her emails during her time in the Obama administration, Congress and conservatives more broadly seem to have little interest in President Donald Trump's demonstrated inability to follow basic cybersecurity measures to protect his and the government's sensitive information.

The Washington Post's Jennifer Rubin, an anti-Trump but conservative commentator, called out this hypocrisy Thursday in the wake of a New York Times report that Russian and Chinese spies have been listening in to the president's conversations on his private cell phone.

Rubin noted three elements of the new revelations that show how serious the situation is:

First, unlike with the Clinton situation, we know the Chinese and Russian are hacking in — and using the information against the United States. Trump’s refusal to stop constitutes willful neglect of his duties as commander in chief.

Second, we have no idea what he’s sharing with friends, and we shouldn’t rely on his utter lack of interest (!) in classified briefings to reassure us that no harm is being done.

Third, Trump doesn’t have to be revealing secret sources of information to be putting national security at risk. Matters as mundane as the president’s location or his travel plans are classified. There is a universe of information that could harm the United States if obtained by our enemies.

She reported that the insecurity of Trump's calls could reveal classified information, his own exact location, and key insights into his state of mind. The New York Times report is also remarkable, she said, because it shows that Trump's own person aides are so terrified by his behavior that they've leaked it to the press. She argues, nevertheless, that the more responsible thing for them to do would be to resign and tell Congress what they know.

"Once more, we are confronted with the ugly reality that Republicans refuse to exercise any oversight or stand up to the president, even to implore him to protect vital national security interests," she wrote. "While the president might legally be entitled to declassify whatever he wants, his decision to do so at the expense of our national security is a breach of his oath of office and the quintessential abuse of power for which impeachment is the only remedy."