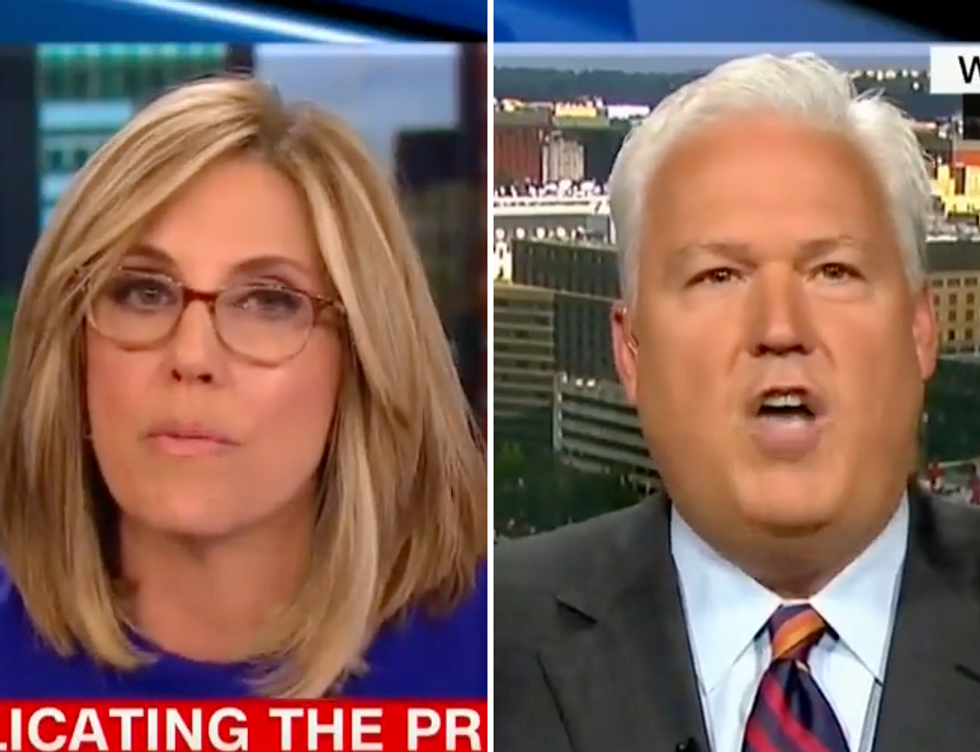 Conservative media personality Matt Drudge is not the likeliest critic of Fox News. But a segment on Fox this morning was too much even for him.

“A segment on Fox News this morning where hosts laughed and joked their way through a discussion on political impact of terror was bizarre,” he posted to Twitter. “Not even 48 hours since blood flowed at synagogue? Check your soul in the makeup chair!”

Drudge was referring to an Outnumbered segment this morning where host Kennedy seemed to take political violence lightly, an inappropriate response mere days after 11 people were gunned down at a Pittsburgh synagogue by a gunman spewing anti-Semitic slurs. Drudge posted a picture of Kennedy laughing above a chyron that said, “Questions on how mail bomb scare, synagogue attack could impact midterm voters eight days from now.”