'A Complete Coverup': Democratic Senator Argues the FBI Embarrassed Itself in the Brett Kavanaugh Investigation 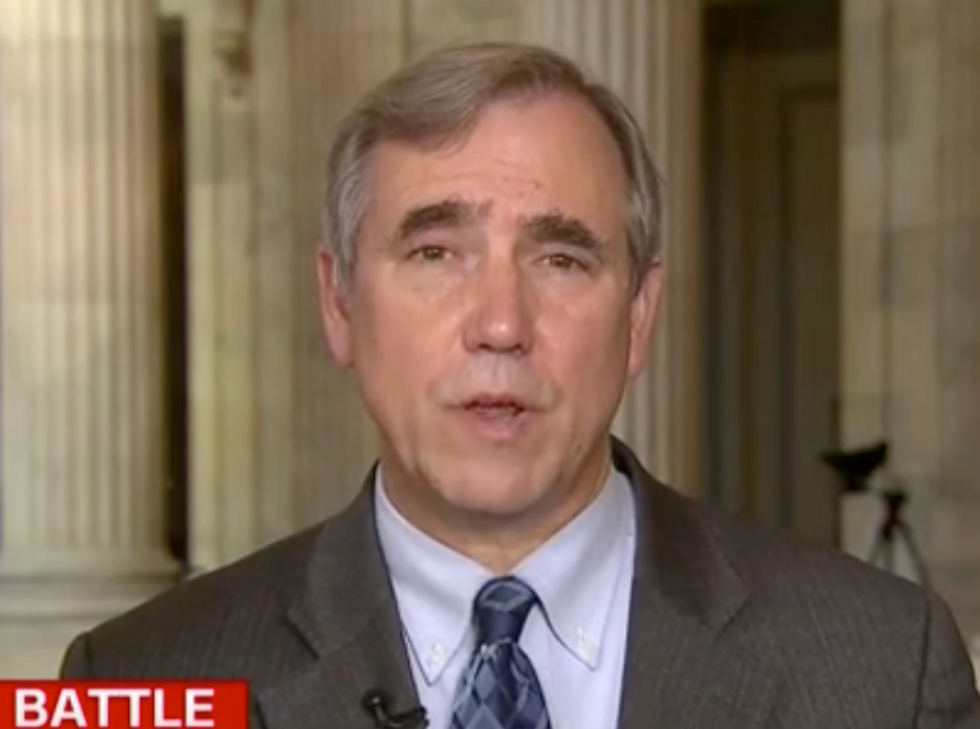 Republicans are rushing to vote on Supreme Court nominee Brett Kavanaugh this week after an FBI investigation into the sexual assault claims against him reportedly turned up few if any additional reasons to believe the allegations.

But Democrats quickly protested this rush to judgment, arguing that the FBI investigation was hardly sufficient to get to the truth of the matter. In fact, Sen. Jeff Merkley (D-OR) denounced the investigation as essentially a sham after viewing the confidential report on the probe from the bureau.

"It's a complete coverup," Merkley told Wolf Blitzer Thursday on CNN. "This was a cherrypicking of a few individuals to pretend to do an investigation. This was a complete embarrassment on the reputation of the FBI, and if they did that at the direction of the president, then it's a massive abuse of fairness and justice who came forward to share their experiences."

He noted that two of Kavanaugh's accusers, Christine Blasey Ford and Deborah Ramirez, together provided more than two dozen names of witnesses to interview who could provide relevant testimony. But the FBI didn't interview these people.

"Nothing much new to learn, because they didn't look for information. If you don't interview any of the 28 individuals that these two women suggested should be interviewed, then you're going to learn nothing," he said.

Another person of interest, Merkley said, was one of Kavanaugh's old suitemates — now a theologian — who heard of Ramirez's story contemporaneously. He tried to reach out to the FBI to no avail.

Merkley concluded: "They only talked to people in an effort to have a very, very narrow conversation with individuals they felt would build their case, rather than present any information."