CNN's Jake Tapper Confronts Climate Change Skeptic Marco Rubio: What Will You Tell ‘Your Children And My Children?’ 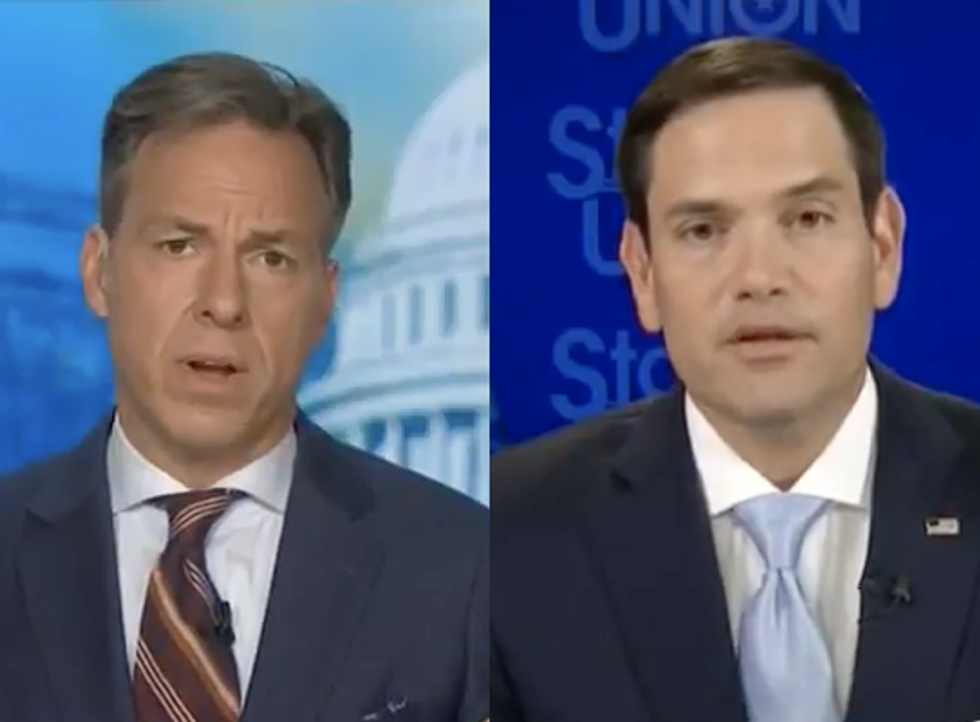 Appearing on CNN’s State of the Union to talk about Hurricane Michael damage to his home state, Florid Republican Sen. Marco Rubio grew animated when host Jake Tapper asked how he will explain his climate-change waffling to his kids years from now.

After detailing the billions of dollars of devastation left behind by the devastating hurricane, Rubio was confronted by his previous claims that climate change is not provable.

“We can’t specifically say that Hurricane Michael was so strong and devastating because of climate change, but there is scientific consensus that warmer waters are making storms such as Michael more devastating,” Tapper stated. “What do you say to constituents who ask why are you not one of the leaders in Congress on this issue? “

“I would say that’s not true — we are,” Rubio shot back. “Sea level rise and changes in the climate, those are measurable. I don’t think there’s a debate about whether that’s happening because you can measure that. The secondary aspect is how much of that is due to human activity and from a policymaker, the question is, what policies can we change to deal with that human activity? That really is where the debate has been.”

“Do you believe it is man-made?” Tapper pressed.

“In 20 years will you be able to say to your children and my children, ‘These are the three, four things I pushed for in Congress to help mitigate this factor?'” the CNN host asked.

“Well, certainly mitigating sea level rise,” an animated Rubio replied. “No matter what we do with laws — if tomorrow we stopped all, say we went to all solar panels and did all that stuff, which is not realistic, this trend would still continue.”