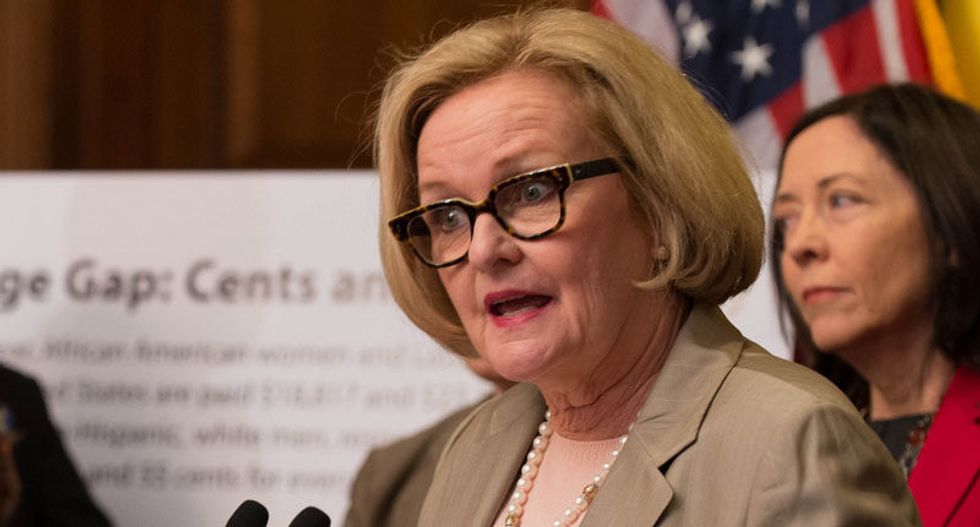 Missouri attorney general Josh Hawley, the GOP challenger to Democratic Sen. Claire McCaskill, is engaged in a bizarre two-step on health care. On one hand, he is part of a multi-state lawsuit urging federal courts to nullify the Affordable Care Act's protections for pre-existing conditions. On the other hand, he is running ads about how urgently he wants to protect coverage for pre-existing conditions.

On Thursday, at a debate in St. Louis, McCaskill called out Hawley for trying to have it both ways.

Claire McCaskill is brilliant at calling out the nonsense Josh Hawley is helping the GOP try to sell before the election on pre-existing conditions. There is no safety net-if the GOP lawsuit is successful, we all lose that protection. #MoSenateDebate pic.twitter.com/90qWCExETw

The lawsuit, filed by a coalition of 20 red states, seeks to completely throw out the ACA's consumer protections as unconstitutional, on the frivolous logic that since the individual mandate was repealed, it should all be repealed. If the lawsuit is successful, 52 million people would be in danger of losing their health care.

Hawley, for his part, has claimed that if the ACA is struck down by his lawsuit, he would support replacing it with some vague, unspecified system of reinsurance and federal subsidies. He does not explain how it would work, or why he thinks the ACA is unconstitutional but this proposed replacement would not be.

Hawley's contradictions on pre-existing conditions are symptomatic of the Republican midterm headache writ large. As GOP candidates have realized that the midterms are shaping up to be a referendum on health care, they have tried to rhetorically, if not practically, backpedal from their hardline position that government health care programs should be cut, gutted or repealed. Senate Republicans have sought to reassure voters that the ACA lawsuit will not end coverage for pre-existing conditions, by introducing a bill that pretends to preserve those protections.

McCaskill, who was one of the original senators to vote to pass the ACA, is facing one of the tightest Senate races in the country. The Missouri race is one of ten in which Democratic senators are defending seats carried by President Donald Trump.