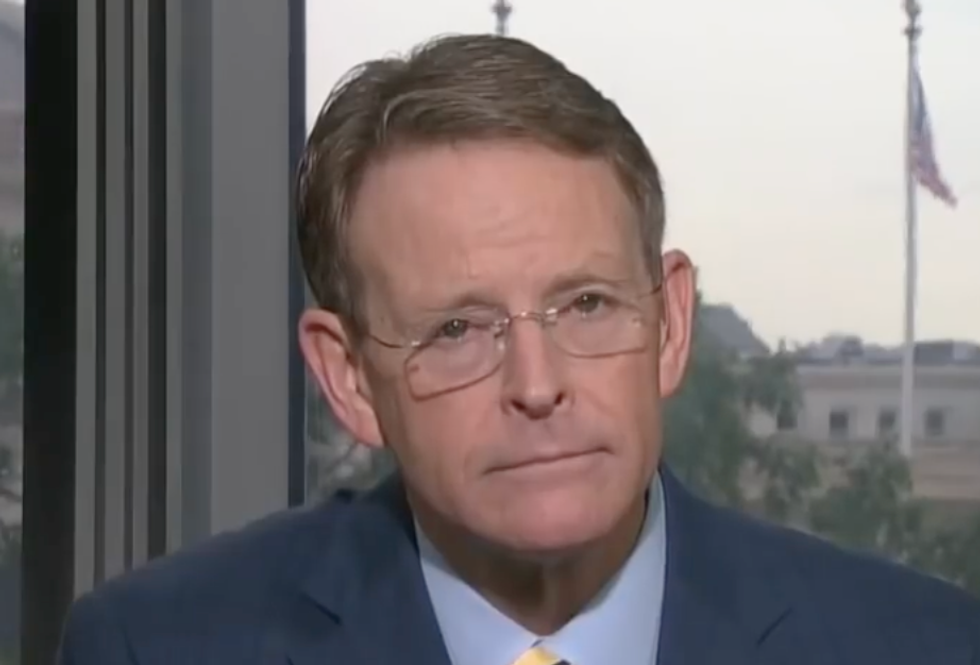 Family Research Council President Tony Perkins, an evangelical Christian, was challenged by a C-SPAN caller on Tuesday for being a “worshipper of Donald Trump” instead of a “true Christian.”

During an appearance on C-SPAN Washington Journal, Perkins was confronted by a caller from North Carolina named Steve.

“I was an evangelical Christian,” Steve explained to Perkins. “But I gave that up. I went back to being a true Christian.”

“A true Christian follows the teachings of Jesus,” the caller continued. “Evangelicals have become paranoid, white Christians losing their country to minorities. They have only one goal and that is to keep America white and Christian. And that’s exactly opposite of what Christianity is. Christianity is about love and helping others and taking care of others.”

According to Steve, “The paranoid white Christians have now become worshippers of Donald Trump. They follow all of these false prophets out there living in $16 million houses, flying around in $10 million jets. They need to wake up.”

“Jesus is love, not hate,” the caller concluded.

“I know we want to describe Jesus as all love,” the evangelical leader opined. “He is love, but he’s truth. And we cannot sacrifice his truth because if we do that, we’ll never experience his love.”

Earlier in the show, Perkins defended his support of Trump after a caller wondered how an evangelical could support a president who has been accused of cheating on his wife and groping women.

“The choice was between Donald Trump and Hillary Clinton,” Perkins replied. “Hillary Clinton openly supported policies that were antithetical to Christian beliefs. What were we to do?”

“Between that and Hillary Clinton, it is no-brainer,” he added. “We supported him. We said we said we’re going to give you a chance. We don’t agree with what you are going to do in the past. We think your lifestyle is anathema when it comes to the standards and values we embrace, but here is the choice. We gave him an opportunity, and he has not disappointed us.”