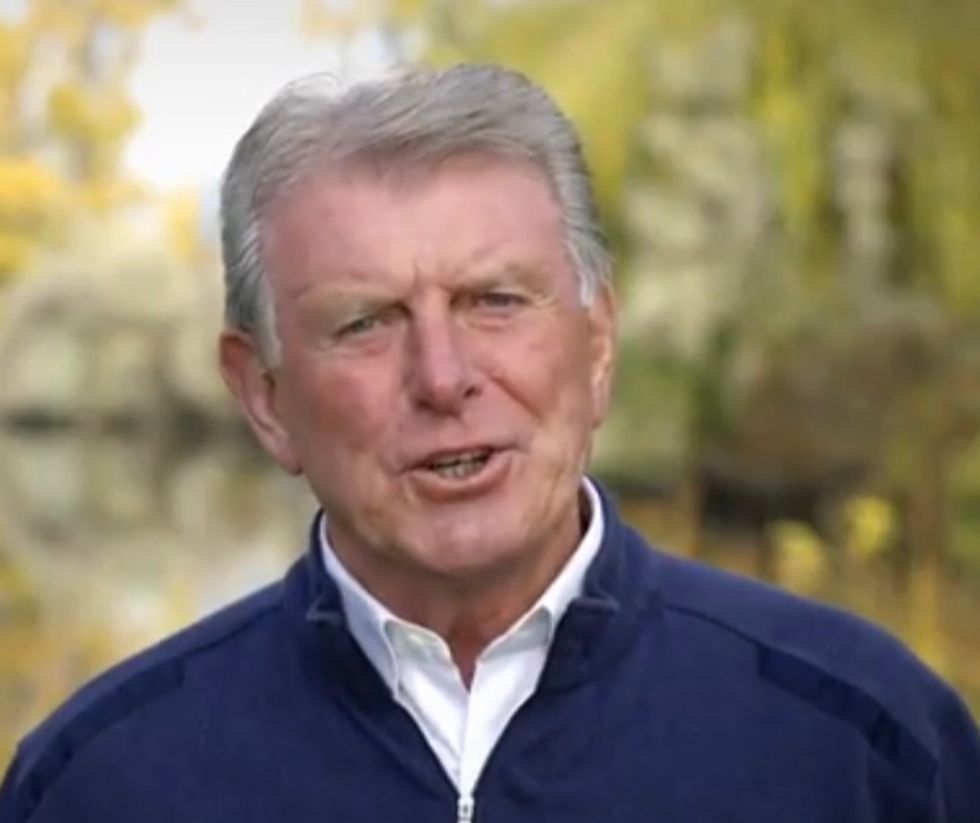 On Tuesday, Idaho Gov. C.L. "Butch" Otter urged voters to approve Proposition 2 — a measure that would enact Medicaid expansion in Idaho under the Affordable Care Act.

"Allowing the healthcare coverage gap to persist any longer is not an option," Otter in a press release from Idahoans for Healthcare, a group supporting the measure. "We cannot continue to let hardworking Idahoans go without healthcare." He added that Medicaid expansion would cover 62,000 people, return $400 million in federal tax dollars to the state, and protect rural hospitals and clinics.

Otter and his wife also starred in an advertisement promoting Proposition 2:

This is a shocking reversal for Otter, who is not running for re-election this year, as during his two terms in office he was one of the nation's most vehemently anti-Obamacare governors.

After the Supreme Court decreed states could not be forced to expand Medicaid without their permission in 2012, Otter adamantly refused to participate — even as Idaho business interests like the Boise Chamber of Commerce begged him to do so. "We must not risk our other priorities on the prospect of long-term support from a federal government that has not proved it can responsibly manage our money," he said in 2014.

Otter has also attacked other provisions of the ACA; in January of this year, he signed an executive order essentially allowing insurance providers to ignore rules on essential benefits, lifetime caps, and pre-existing conditions — a move so illegal even the Trump administration had to tell him no.

But the politics of health care have changed. Republicans can no longer score points against the agenda of the now-out-of-office President Barack Obama, and instead they are responding to voters who rate health care as this election's number one priority. Most Republicans, constrained as they are by the politics of their party, are only pretending to care about protecting coverage — but Otter, facing retirement, now seems to feel freer to speak his conscience.

Otter's hopeful GOP successor, Lt. Gov. Brad Little, has not taken a position on Proposition 2 other than to suggest he will honor the result of the vote. The Democratic candidate, former state Rep. Paulette Jordan, enthusiastically supports the measure.

Idaho is one of four states with a Medicaid referendum this year; Nebraska and Utah are also voting on adopting expansions, while voters in Montana will decide whether to keep their existing expansion. The policy, which makes Medicaid available to all adults up to 138 percent of the poverty line, is broadly popular, but so far only one state, Maine, has adopted Medicaid expansion by referendum.

34 states and D.C. have currently expanded Medicaid. The Trump administration has recently sought to undermine the program by encouraging Republican governors to add strict work requirements to enrollment.