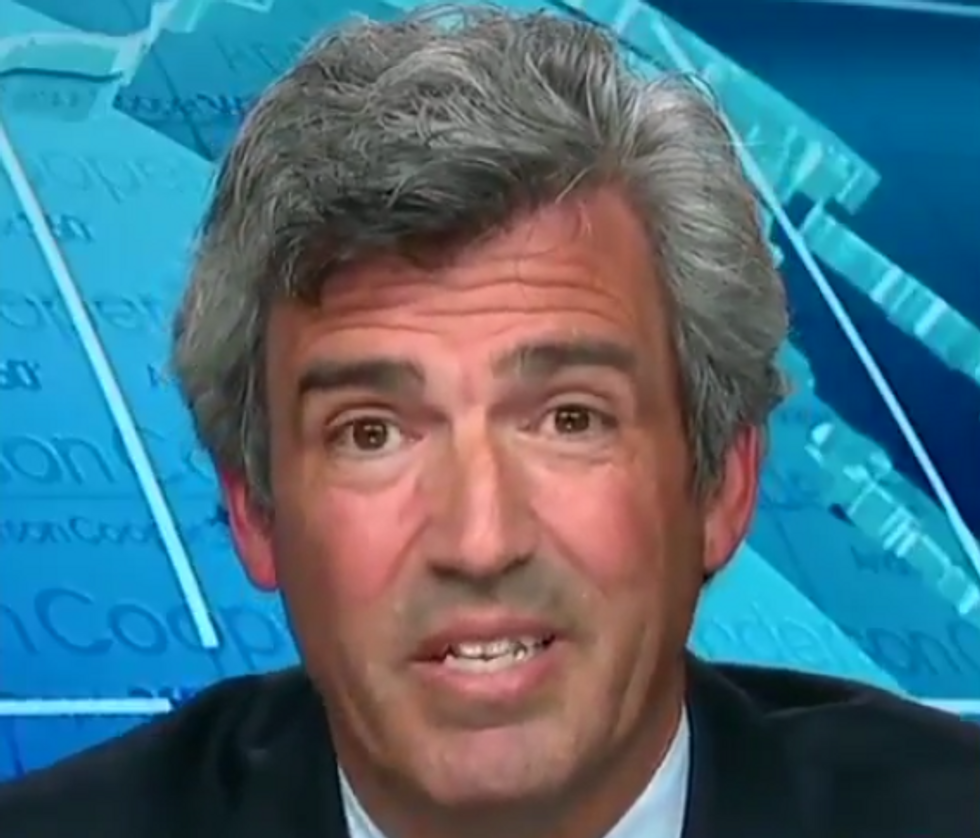 As the FBI's reopened investigation of Supreme Court nominee Brett Kavanaugh for sexual assault draws to a close, it is clear that they have not pursued all witnesses and lines of inquiry that they could have, with over 40 people wanting to give information to federal investigators but ignored by the agency.

One of these people is Kavanaugh's former college roommate at Yale, Jamie Roche, who, in an interview with CNN's Anderson Cooper on Wednesday night, made clear that he believed Kavanaugh's accuser Deborah Ramirez — and that he thinks Kavanaugh lied to the Senate.

"As Brett's roommate, I'm in a singular position, at least of the people who are willing to talk, to say, 'listen, I saw him do this stuff that he said, under oath, that he didn't do.'" said Roche. "I saw him use words in a different way than the way he said, under oath, they were used. If a person isn't truthful about these little things, then we ought to think very seriously about whether we should tell Debbie that she's wrong, or crazy, and believe him."

Cooper then asked him to clarify the reason why things like Kavanaugh's drinking on campus matters.

"What you are saying is, for you, it's not [the drinking] per se," said Cooper. "It was not being honest about it now."

"As Brett's roommate, I'm in a singular position ... to say, 'listen, I saw him do this stuff that he said, under oath, that he didn't do.'" Jamie Roche, Kavanaugh's freshman Yale roommate, explains his reasoning for coming forward at this time https://t.co/3ArNVeLZkL pic.twitter.com/gN3CMA5e2X

In addition to the accusations of sexual assault, Kavanaugh's apparent lies to the Senate about everything from his drinking habits to his advance knowledge of the assault allegations have become a major focus of public contention.