'Loud, Obnoxious Drunks': Kavanaugh's Own Description of His Binge Drinking Is Even More Damning Than His Critics 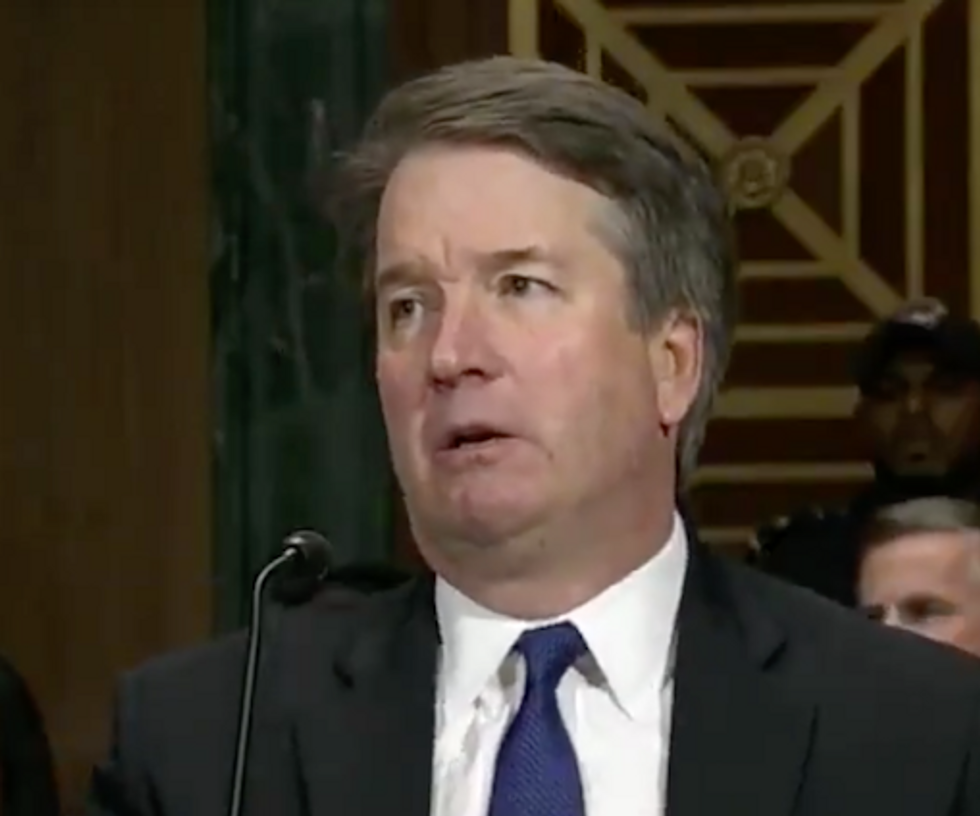 On Tuesday, a new report from The New York Times further revealed the extent of Supreme Court nominee Brett Kavanaugh's use of alcohol in his teenage years, to the point where he and his group of friends needed to warn neighbors ahead of a beach week that they were "loud, obnoxious drunks with prolific pukers among us" to prevent from being thrown out of the premises:

The beachfront property was rented, the guests were invited and an ever-organized Brett M. Kavanaugh had some advice for the seven Georgetown Preparatory School classmates who would be joining him for the weeklong escapade.

In a 1983 letter, a copy of which was reviewed by The New York Times, the young Judge Kavanaugh warned his friends of the danger of eviction from an Ocean City, Md., condo. In a neatly written postscript, he added: Whoever arrived first at the condo should "warn the neighbors that we're loud, obnoxious drunks with prolific pukers among us. Advise them to go about 30 miles..."

Kavanaugh's drinking has increasingly become a topic of contention in his nomination, as two of the women who have accused him of sexual assault, Dr. Christine Blasey Ford and Deborah Ramirez, both allege Kavanaugh was under the influence at the time of the incidents.

Furthermore, the question of drinking cuts to Kavanaugh's credibility. He has strenuously denied drinking to excess in his Senate testimony, claiming that while he may have had "too many" beers on occasion, he has never drank to the point of blacking out. Even President Donald Trump has appeared to question the idea that Kavanaugh never had a drinking problem, and one man who knew him in college, Chad Ludington, has suggested Kavanaugh has not told the truth about the matter.

The FBI is currently investigating the allegations against Kavanaugh, and some sources expect them to wrap up their inquiry in a matter of hours.