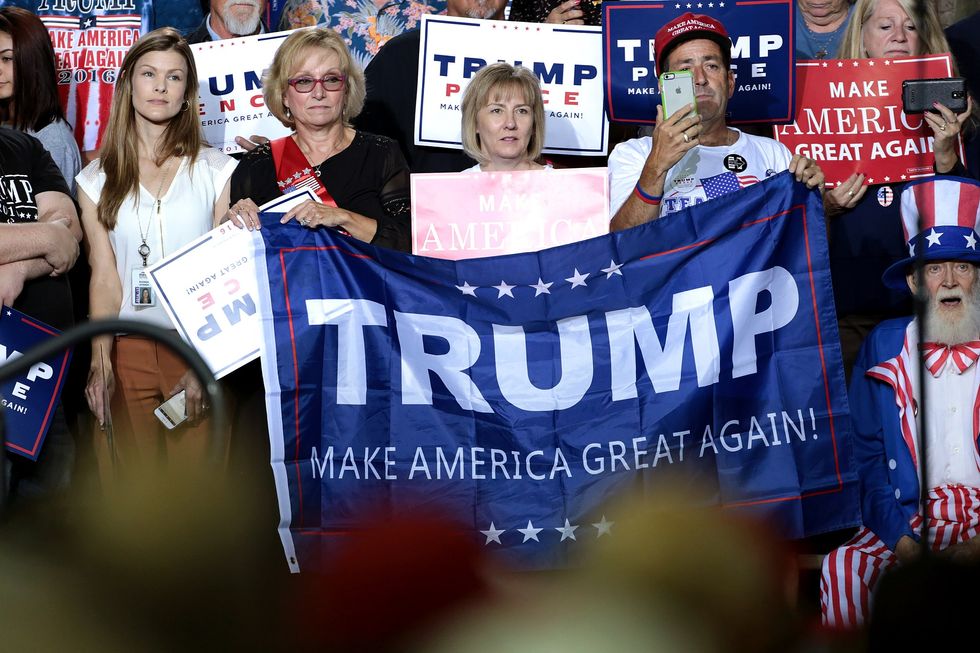 When you live in the Trump bubble, everything positive that happens in the world must be attributed to the great leader, while everything negative must be due to his evil opponents.

In a new article published Monday, Breitbart displayed this delusional thinking in a particularly transparent and pitiful "analysis" of recent economic data.

Writer John Carney pointed to a weak retail sales this month, a trend that has actually been evident for well over a year. If you live with the assumption that President Donald Trump has single-handedly revitalized the American economy an saved the country from the brink of financial collapse (he hasn't), then this sign of economic weakness needs some sort of explanation.

What could possibly be the cause? According to Carney, the most likely culprit is "leftwing anger directed at Donald Trump and his supporters."

He thinks that so many Trump fans are staying home because of fear of liberals harassing them that it's having a macroeconomic impact on retail sales.

Hilariously, to find evidence for this phenomenon, Carney cites interviews with "more than a dozen Trump supporters." Yet in the entire article, he quoted one "Trump supporting New Yorker" and two Breitbart commenters.

"There are no official statistics that would reveal whether this unprecedented level of political harassment is keeping Trump supporters at home," he concluded, giving the whole game away. "But it would explain some of the surprising weakness in the retail sales and conversations with many Trump supporters indicate a hesitancy to go out in this atmosphere."

Of course, there's no evidence that there's any kind of "unprecedented level of political harassment" of Trump supporters, notwithstanding a couple of viral news stories Carney links to.

Absent from his "analysis" is any consideration of the fact that Trump's own rhetoric appears to inspire hate crimes against Muslims and other groups. Nor is there any consideration that the high-profile discussions of the pervasiveness of sexual assault — including accusations against figuring including Trump new Supreme Court Justice Brett Kavanaugh — might have made women more fearful to participate in the economy at their usual rates.

There's no reason to think those factors explain the recent retail slump, either. To make that assertion would be as spurious as Carney's dubious claim, which is not even close to actual economic analysis.

If you want, you can always point to some negative economic data and propose there's a link to some other political issue you want to talk about — but don't expect anyone to actually take you seriously.