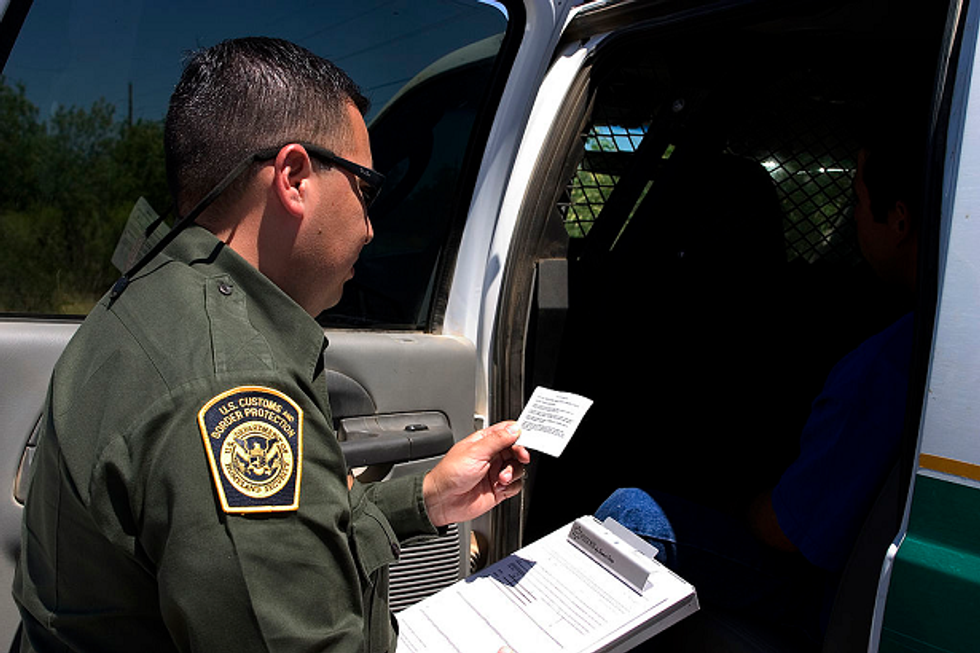 On Tuesday, The Intercept reported that the National Border Patrol Council — the union representing agents of the U.S. Border Patrol — endorsed the far-right film "Killing Free Speech," after its agents were treated to a private screening in San Diego:

The nearly hour-and-half-long video refers to Democrats as "dark and evil" and features a bevy of American and European far-right, anti-Muslim white nationalists who make a correlation between gang rapes, Islam, and immigration. The documentary also features members of the Proud Boys, a hate group designated by the Southern Poverty Law Center, that often aligns with white nationalists and are known for being misogynists and anti-Muslim. The Proud Boys participated in the deadly "Unite the Right" rally in Charlottesville, Virginia, and in mid-October several members of the Proud Boys were arrested in New York City after a violent street confrontation with anti-fascists.

In a press release, the NBPC describes "Killing Free Speech" as a "powerful spotlight on the terrifying assault on liberty in America today. A country heading down the road toward Orwellian control of information by a small but powerful cabal." The release also invites viewers of the video to "dissect the daily propaganda used by the mainstream media who will stop at nothing to mislead the public and discredit and demonize those who risk their lives protecting America’s borders."

The movie was directed by Michael Hansen, a Danish immigrant whose previous work, "Killing Europe," depicts immigrants to Europe as causing a rape crisis. On his film's Vimeo page, Hansen brags about how the Border Patrol was involved in his project, saying "for the first time, Border Patrol agents agreed to be filmed to expose the media lies & smears about our agents and the crisis at the border."

The Border Patrol has come under increased scrutiny in recent years, with a recent report detailing 116 incidents between 2009 and 2004 in which agents physically or sexually abused Central American child migrants between the ages of five and 17.

More broadly, there have long been concerns about right-wing extremists and white supremacists infiltrating law enforcement, with the FBI quietly investigating their presence in local police departments as part of its counterterrorism efforts.

The possibility that the Border Patrol could contain personnel who support white supremacist ideology is deeply disturbing, and as the family separation crisis continues to simmer in the background, raises fresh doubts that our government has a real interest in the wellbeing or basic human rights of migrants.