The New Brazilian President Could Wreak Destruction on the Amazon Rainforest 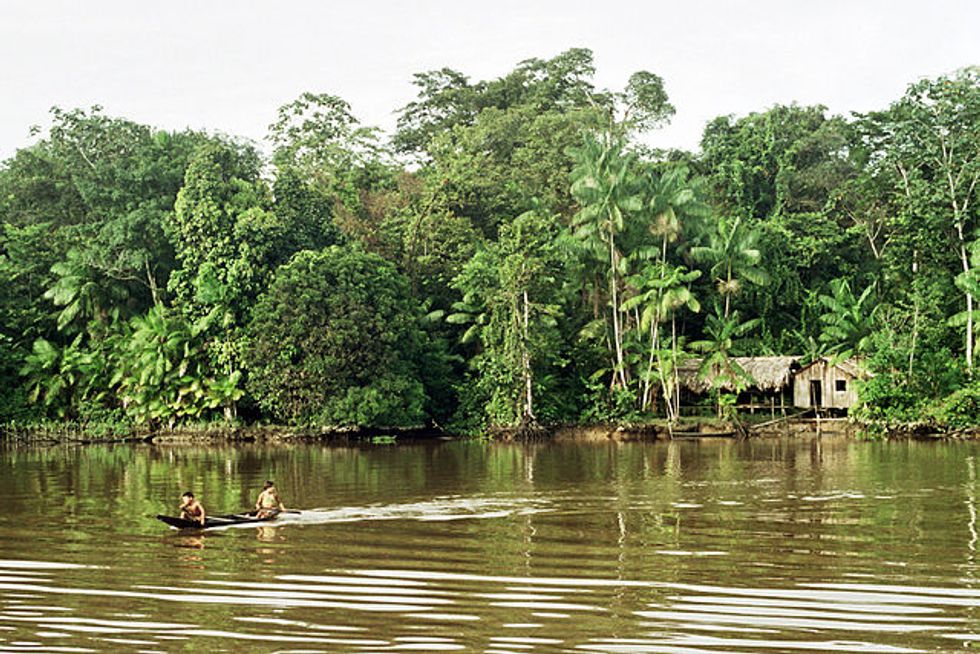 In January 2012, Jair Bolsonaro was arrested for fishing inside the Tamoios Ecological Station. This station is an ecological preserve where fishing is an environmental crime. He was indicted by IBAMA—Brazil’s Institute of Environment and Renewable Natural Resources—and charged with a fine of R$10,000. Bolsonaro was angry. He claimed that he was a victim of political persecution.

Months later, Bolsonaro applied for a license to go back to the Tamoios Ecological Station to fish. He claimed that as an amateur fisherman he had rights laid down by the Fisheries Development Commission (Sudepe) to fish in any waters. This was the right, he claimed, of a Brazilian. But he was informed that the Ecological Station is not under the jurisdiction of the Ministry of Fisheries—and so of Sudepe—but of the Ministry of the Environment.

Bolsonaro knew what he was doing. His appeal for a license was not in good faith. He was using the appeal to make a point: Brazilians can’t do to their environment what they please because of regulations. Hunting and fishing had been curtailed by the State. Machismo laced with testosterone seeks its natural habitat when it kills animals. Bolsonaro, with his military background and his love for guns, made a point with this exercise. The environmentalists had encaged Brazilian manhood. He was going to liberate it.

Bolsonaro has promised to eradicate the Ministry of Environment. He will fold it into the Ministry of Agriculture. The environment must be subordinate to the dominion of machismo and monopoly capitalism.

Jair Bolsonaro is now slated to be the next president of Brazil. He won the election decisively and—a few weeks ago—his fledgling party made a dent inside the Brazilian legislature. It is clear that the three right-wing blocks in the National Congress will side with Bolsonaro—the blocks of the Beef, Bible and Bullet (Bancadas do Boi, do BÃ­blia e da Bala). He will easily be able to pass damaging legislation.

The Bullet block comprises the former military and security officials whose links to Bolsonaro, a former military man, are organic. They are pleased with his nostalgia for the military dictatorship (1964–1985) and with his harsh rhetoric.

The Bible block—or the Evangelical Parliamentary Front—came to Bolsonaro for his sharp positions against abortion and gender equality as well as his acidic comments about homosexuality and same-sex marriage. Edir Macedo of the Universal Church of the Kingdom of God blessed Bolsonaro’s candidacy and promoted him on his television network RecordTV, the second-largest in Brazil.

The third block—the Beef Block—is more properly the parliamentary group that attacks environmental regulations and laws that defend indigenous sovereignty. This block stands for the beef and soy manufacturers, the logging and mining industries and others who find that Brazil’s laws are an impediment to money-making. Beef is more important to them than trees.

Bolsonaro is their man. He will do what he must to undermine laws that restrict gun ownership and that restrict the destruction of nature. Bolsonaro sees these laws as instruments of the United Nations, which he thinks—bizarrely—is the bastion of communism.

Guns Pointed at the Amazon

The 1.6-billion-acre Amazon rainforest is a fragile sink for carbon. Scientists who have been observing the Amazon over the past few decades say that it has already begun to show signs of wear and tear due to climate change. The drought from 2005 showed the impact on this biome of warming sea temperatures in the North Atlantic Ocean—a casualty of global climate change. Those on the ground have seen what they call the “die-back” or the erosion of the forest into a savanna. If logging and mining and farming increase in the Amazon, scientists—including those at Brazil’s National Institute for Space Research (INPE)—predict that about 55 percent of the Amazon rainforest could be destroyed by 2030.

In August, Bolsonaro said that he would join the United States in exiting the Paris Climate Agreement. When pushed on this a week before the second round of the presidential election, Bolsonaro said, “Brazil stays in the Paris Agreement.” But then, upon his election, Bolsonaro said, “We will liberate Brazil and the Foreign Ministry from the ideology of its international relations that it has subjected Brazil to in recent years.” What he refers to is the Foreign Ministry’s consensus position on multilateralism—to build global frameworks, such as the Paris Agreement, that will help to mitigate global problems. Bolsonaro is against all that. He wants to push an agenda of economic growth that will include policies that will certainly imperil the Amazon rainforest and Brazil’s other ecological treasures.

The destination for the world’s largest mining firms is the Amazon. Last year, Bolsonaro carried two pieces of metal to Brasilia from the Amazon—graphene (for solar cells) and niobium (for steel). He wanted to use this stunt to promote mining. Giant mining firms already have their grip on Brazil. These firms are from Australia (Mirabela Nickel, BHP), Canada (Belo Sun, Kinross Gold, Yamana Gold), Switzerland (Glencore), the United Kingdom (Anglo-American, Rio Tinto) and the United States (Alcoa). They either already have operations in Brazil or are eager to develop operations. What they have long wanted is to cut regulations that protect the environment and indigenous communities. All this is irrelevant to these firms. They want to clear-cut the Amazon. That is their ambition.

During his campaign, Bolsonaro announced that “not one centimeter of land will be demarcated for indigenous reserves or quilombolas (descendants of those people who freed themselves from slavery).” Even more harshly, Bolsonaro said, “Let’s make Brazil for the majorities. Minorities have to bow to the majorities. Minorities will fit in or just disappear.” This is the language of genocide. He gives Brazil’s indigenous people—about a million people out of 210 million—an impossible choice: either abandon your independence and culture (protected by Article 231 of Brazil’s 1988 Constitution) or die.

Violence has become commonplace in the Amazon. Last year, 110 indigenous people were murdered, while the year before the count was 118 (numbers from Conselho Indigenista Missionario). Activists believe that the numbers will now rise.

One agency of the Ministry of Environment is called the Chico Mendes Institute for Biodiversity Conservation (ICMBio). The name Chico Mendes is essential here. Mendes, a trade union leader and environmentalist, was shot to death on December 22, 1988, by the son of a rancher. The conspiracy to kill Mendes included the Rural Democratic Union—the ranchers’ organization—and the local police. The ranchers wanted the land without regulations and the workers without a union. Bullets brought down Chico Mendes, but around him fire and chainsaws cut down his beloved Amazon. “At first I thought I was fighting to save rubber trees,” Chico Mendes said before he died, “then I thought that I was fighting to save the Amazon rainforest. Now I realize that I am fighting for humanity.”

In 1975, when the ranchers began to cut the forest with the full support of the military dictatorship, Chico Mendes taught his fellow rubber tappers about the empate. This empate was a blockade. As the ranchers and the dictatorship brought their bulldozers and chainsaws to cut the forest, Chico and his fellow workers would form a cordon, blocking access to the Amazon’s treasures. “Don’t be afraid,” he would say to them, “nothing is going to happen.” Bravely, they stood up to the madness and protected their forests.

We are in the age of madness again, on the edge of the destruction of the Amazon, an age that calls for the empate.