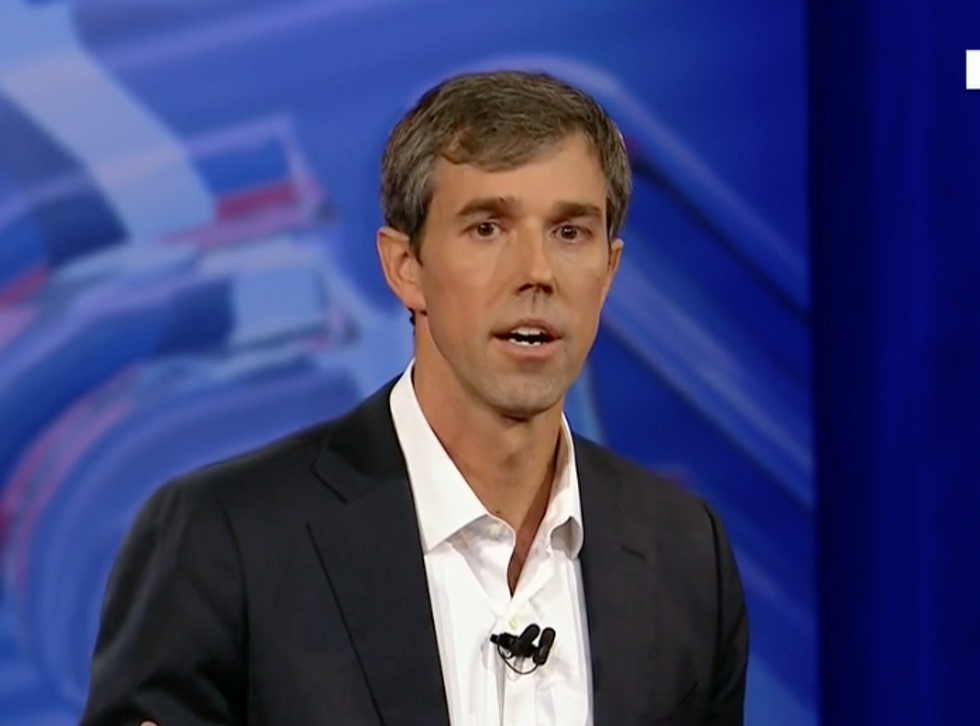 As they barrel optimistically toward the 2018 midterm elections, Democrats have sometimes struggled to handle the question of impeaching President Donald Trump. While many in the party's base are enthusiastic about the prospect of removing the president, the more skittish members of the party fear the prospect of impeachment could rally Trump supporters and scuttle Democrats' chances for congressional victories.

When Beto O'Rourke, running for a U.S. Senate seat in Texas against Sen. Ted Cruz (R) answered the question at a CNN town hall Thursday night, he gave the best response on the issue Democrats have seen yet.

"I do think there’s enough there for impeachment," he said. "If asked, I would vote on it."

There may be an open question about whether the president, then the candidate, sought to collude with the Russian government in 2016. But to quote George Will, a very conservative columnist, when we saw him on that stage in Helsinki, defending Vladimir Putin — the head of the country that attacked our democracy in 2016 — instead of this country and its citizens of this amazing democracy, that was collusion in action.

You may have wondered when he fired James Comey, the principal investigator into what happened in that election, whether that was an attempt to obstruct justice. But when by broad daylight on Twitter he asked his Attorney General Jeff Sessions to end the Russia investigation — I would say that's obsturction in action.

He also clarified that Impeaching a president is like an indictment. After the House impeaches a president, the Senate would then evaluate the evidence against him in a trial.

"As a member of the Senate, it's far different bar," he said. "And I would not prejudge the outcome of the trial."

What made his answer particularly skillful, though, is that he made clear that he is not running on impeachment. The most important thing to protect democracy, he argued, is for people to come out and vote in the midterms. But even while emphasizing that impeachment isn't his highest priority, he effectively made his answer about why Trump deserves to be impeached sound both forthright and convincing.

"Now, I have not made this the mission of the campaign. I've never called for this at a rally," he said. "I want to focus on the future, But yes, I want to answer your question honestly."