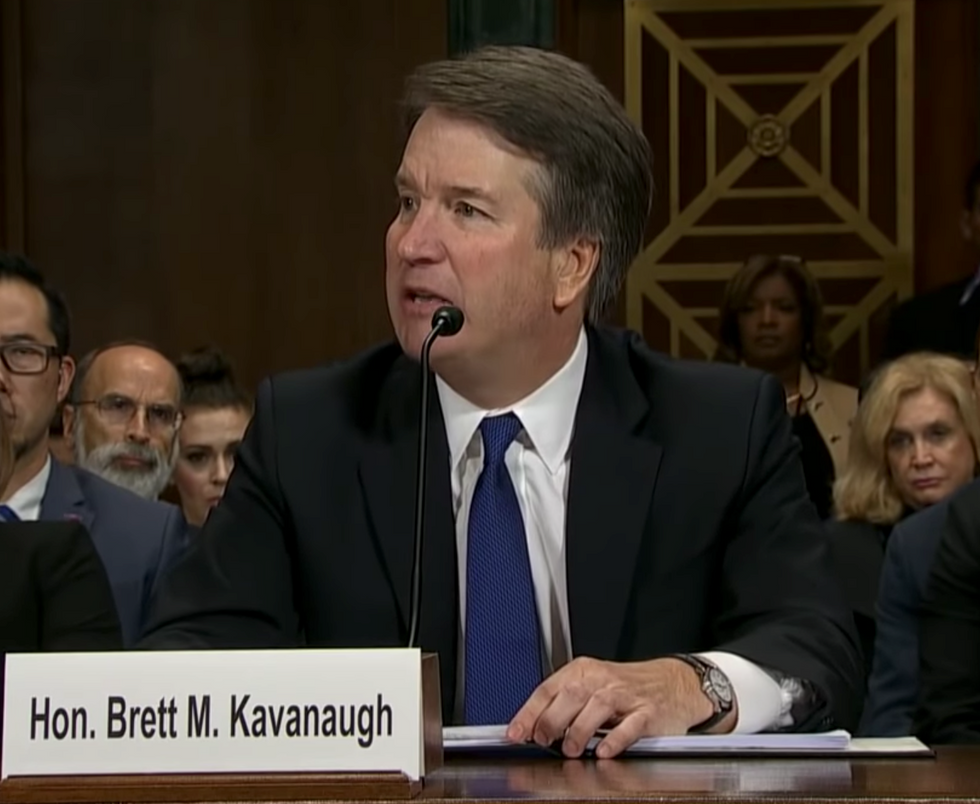 On Friday, just ahead of the procedural vote to begin full Senate debate on embattled Supreme Court nominee Brett Kavanaugh, the American Bar Association (ABA) sent a letter to Senate Judiciary Chairman Chuck Grassley (R-IA) and ranking member Dianne Feinstein (D-CA), advising that the group was reconsidering its previous rating of "Well Qualified" to the nominee.

"New information of a material nature regarding temperament during the September 27th hearing before the Senate Judiciary Committee has prompted a reopening of the Standing Committee's evaluation," stated the email, adding that "The Committee does not expect to complete a process and re-vote prior to the scheduled Senate vote."

ABA says it is reopening evaluation of Kavanaugh’s well-qualified rating, which the GOP hailed during confirmation process. It says it is evaluating “temperament” issues pic.twitter.com/ipbrhMgtDW

The ABA, a trade association of over 410,000 lawyers which devises model codes of legal and academic ethics, uses its Standing Committee on the Federal Judiciary to rate nominees for federal courts in one of three categories: Well Qualified, Qualified, and Not Qualified. It is broadly considered the gold standard for preliminarily vetting judicial nominees; since the 1950s, every president except George W. Bush and Donald Trump has given the Standing Committee an informal role in the process, sending their nominees for interviews and sometimes pulling nominations the ABA rejects.

Some Senate Republicans like Sen. Ben Sasse (R-NE) have broadly trashed the ABA and welcomed Trump's decision to cut them from the loop, after they rated an unusually high number of his nominees "Not Qualified." Despite this, Senate Republican Leader Mitch McConnell (R-KY) trumpeted it from the heavens when the ABA initially rated Kavanaugh "Well Qualified."

In fact, the ABA's decision is dÃ©jÃ  vu. In 2006, when Kavanaugh — then Bush's White House staff secretary — was being confirmed to the D.C. Court of Appeals, the ABA also initially rated him "Well Qualified" but downgraded him after several lawyers and judges who had worked with him raised concerns about "his professional experience and the question of his freedom from bias and open-mindedness."

Kavanaugh has faced renewed questions about his conduct following his opening statement at last week's hearing with Dr. Christine Blasey Ford, where he defended himself against allegations of sexual assault. He claimed he was the victim of a "calculated and orchestrated political hit" from Democrats, motivated by "revenge on behalf of the Clintons and millions of dollars in money from outside left-wing opposition groups."

The statement was so nakedly partisan, and inappropriate from a nominee to a federal court who must consider cases neutrally, that it prompted thousands of law professors to call for his withdrawal. Even retired Supreme Court Justice John Paul Stevens, a former Republican appointee and initial supporter of Kavanaugh, said the statement should disqualify him — the first time in history that a former member of the Court has ever publicly opposed for a nominee.

Kavanaugh, apparently aware of how damaging the speech looked, penned a widely-mocked Wall Street Journal op-ed on Thursday, in which he said he only acted out of emotion — an implausible claim given it was a prepared statement he had time to go over beforehand, and which would in any case seem to validate the ABA's temperament concerns.