'Jim Crow Would Blush': Al Sharpton Says the GOP's Voter Suppression in Georgia Is 'As Tainted as You Can Get' 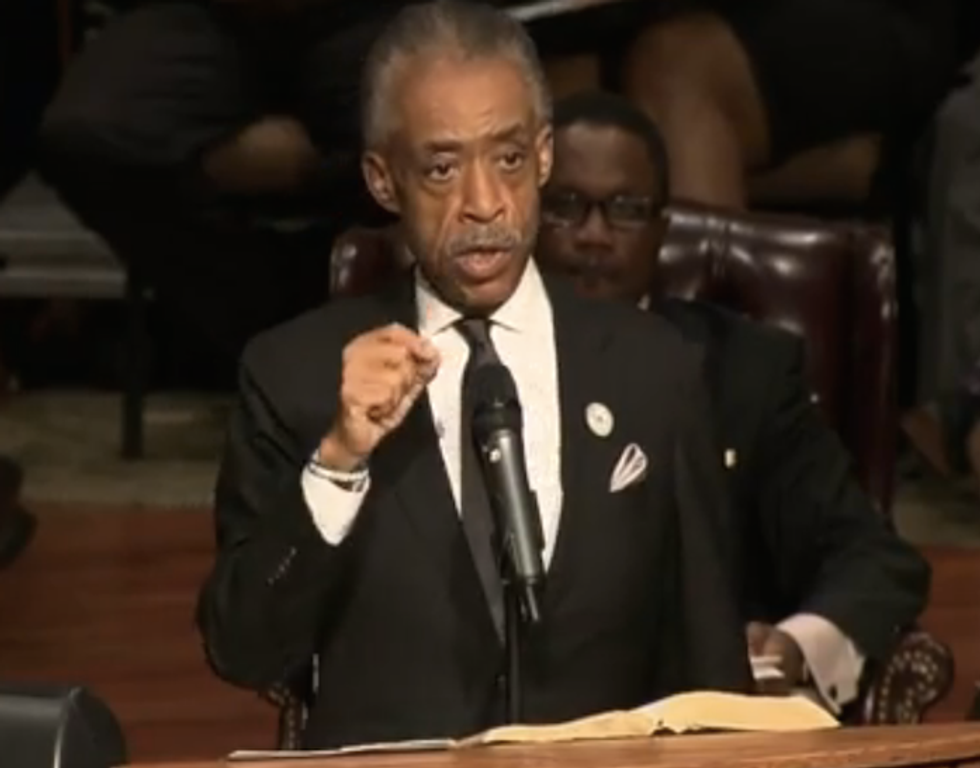 The Georgia gubernatorial race has been rocked by news that Brian Kemp, the Republican candidate for governor who also happens to be the secretary of state overseeing the election, has suspended the voter registration of 53,000 Georgians — 70 percent of whom are African-American — due to a draconian "exact match" verification policy that Kemp's office had previously been warned was discriminatory. Affected voters will not be completely barred from casting a ballot, but must take extra steps to verify their identity that most voters won't, potentially discouraging turnout of black voters.

Given that Kemp's Democratic opponent, Stacey Abrams, just happens to be the first black woman nominated by a major party for a governor's race, the news sparked nationwide outrage, calls on Kemp by Abrams to resign as secretary of state, and a lawsuit from civil rights organizations.

"It seems like this isn't even voter suppression disguised as something else," said Wallace.

"No, this is blatant," said Sharpton. "I mean, first of all, you should never have the secretary of state, who is over the voting process, remain in office in any election that he's in. But on top of that, to have this guy Kemp decide how they're going to put, quote, 'on hold' people's registration, that's the term they're using, and then 70 percent of them are black ... on top of that, to have Kemp in charge of the process, I mean, it is tainted as you can get."

"Why wouldn't he recuse himself?" said Wallace.

"I mean, the only reason you wouldn't recuse yourself is because you want to have this advantage, and you want to be blatantly out there saying, 'I'm gonna do what I want even if we have to change the rules.' Even [GOP Rep. Ron] DeSantis in Florida said, 'I'm gonna leave what I'm doing in Congress and run for governor against Gillum in Florida.' This guy Kemp has not even done that when he is directly involved in the voting process, so he would — I mean, Jim Crow would blush if he would see this guy Kemp."

"This is blatant. First of all, you should never have the Secretary of State, who's over the voting process remain in office in any election that he's in....it is as tainted as you can get" - @TheRevAl w/ @NicolleDWallace pic.twitter.com/osTBTvnxzp