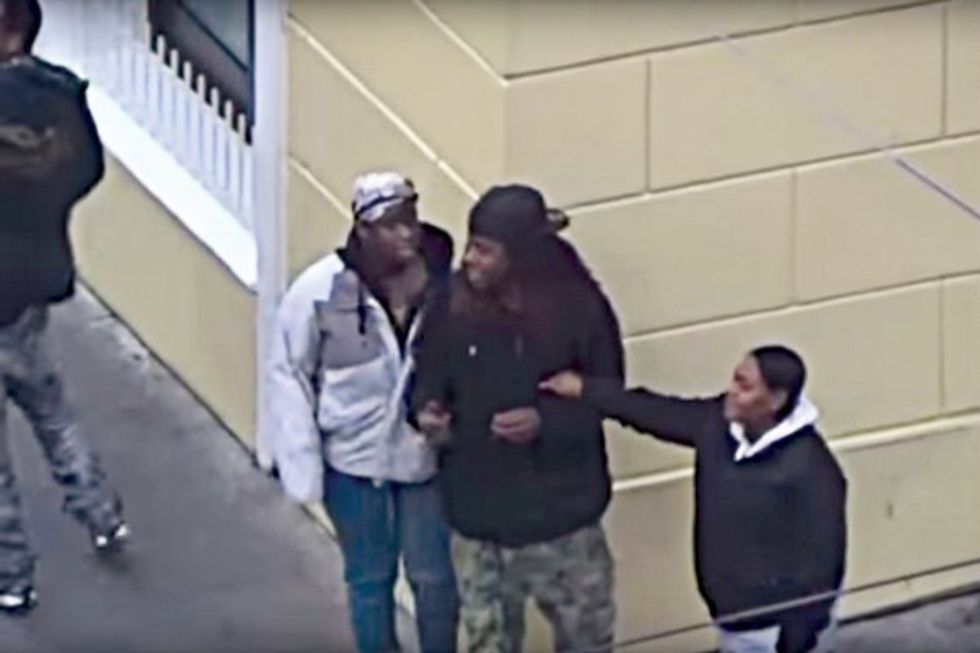 San Francisco's Tenderloin is a heavily populated, racially mixed neighborhood in the heart of one of America's iconic progressive cities. Yet when the San Francisco Police Department and the DEA targeted the neighborhood to crack down on drug dealing between 2013 and 2015 as part of "Operation Safe Schools," the only people they managed to roll up were black.

Their charges only grew louder with the posting in 2015 of undercover police surveillance video to YouTube revealing a police officer muttering "fucking BMs," police code for black males, as he monitored a group of young men on the street. The video also apparently showed an undercover informant turning down drugs being offered by an Asian woman to instead buy drugs from a black woman.

In January 2017, 12 of those charged in the operation won a discovery motion from a judge who found there was "substantial evidence suggestive of racially selective enforcement" in their arrests. Instead of allowing the proceedings to continue so a full accounting of police conduct could occur, prosecutors instead dropped the charges.

At the time, the presiding judge, U.S. District Court Judge Edward Chen, made clear that while he was granting the dismissals because they were in the best interest of the defendants, he was concerned that doing so would prevent the allegations of police bias from being aired.

"These are serious issues, serious allegations regarding claims of discriminatory enforcement patterns," Chen said. "I think the defendants in this case have raised a very substantial prima facie case that, at the very least, raises some serious questions that would warrant a response and a full airing of the issues."

Now, a year and a half later, the ACLU of Northern California on Thursday filed a federal civil lawsuit on behalf of six of those rolled up in the busts. The lawsuit alleges the plaintiffs were targeted because of their race and cites a survey of Tenderloin drug users to bolster its case. That survey found racial diversity among Tenderloin drug sellers. About half were black, but 20 percent were Latino and 17 percent were white.

The lawsuit is "an opportunity to hold the actors in the San Francisco Police Department and the city itself accountable for the police department’s longstanding practices of engaging in racially discriminatory law enforcement," said ACLU attorney Novella Coleman, who is representing the plaintiffs.

It's also about financial relief for the plaintiffs, Coleman allowed. "The court will determine how to monetize that," she said.

Racially biased policing is nothing new in San Francisco. In fact, as Ezekiel Edwards, director of the national ACLU's Criminal Law Reform Project, pointed out in a post announcing the lawsuit, the city has the dubious honor of setting precedent for the idea that law enforcement targeting people based on their race is unconstitutional. In an 1886 case, Yick Wo v. Hopkins, the city attempted to deny laundry permits to Chinese people while granting them to non-Chinese. Such an action could only be explained by the city's "hostility to the race and nationality" of the applicants, a violation of the 14th Amendment's guarantee of equal protection under the law.

Fast forward to the 21st century, and the evidence that the city's penchant for targeting non-whites for harsher treatment remains intact just keeps piling up. Numerous studies in the past few years have documented racially biased policing practices, including a 2002 ACLU report on SFPD racial profiling and a city-commissioned study by a national expert on biased policing.

Those studies uncovered a range of bias-related problems and made concrete recommendations for reform. Those were ignored. As the rotten policing practices festered, more reports detailing racial and ethnic disparities across the criminal justice system came out in 2013 and 2015.

Then, in 2015, as "Operation Safe Schools" was winding down, SFPD was hit by a new scandal when officers were caught exchanging racist text messages. Some used the N-word, others referenced cross burnings. Officers were caught calling black residents "savages," "wild animals," and "barbarians," and one officer told his sergeant "All n------ must fucking hang." Another officer sent a text with an image of a white man spraying a black child with a hose above the caption "Go be a n----- somewhere else."

That finally got the attention of city fathers—as well as the Obama-era Justice Department. The city district attorney convened a Blue Ribbon Panel on Transparency, Accountability, and Fairness in Law Enforcement that documented SFPD's history of racially disparate enforcement and concluded that it was "in urgent need of important reforms." In 2016, the Justice Department weighed in with its own report finding that the department still engaged in racially biased policing, especially around traffic stops and police use of deadly force.

It's Not Just San Francisco

The ACLU's Edwards concisely makes the case that San Francisco is no exception when it comes to racially biased policing:

“Unequal treatment by race is commonplace among police departments large and small in cities across a range of ideological leanings. This is the reason for the racial profiling lawsuits filed in New York City, Chicago, Philadelphia, and Maricopa County, Arizona. This is the motivation, prior to Attorney General Jeff Sessions, for Justice Department consent decrees seeking to end racially discriminatory police practices in Seattle; Los Angeles County; New Orleans; Baltimore; Newark; East Haven, Connecticut; and Ferguson, Missouri. This is why the ACLU has found racial disparities in marijuana possession arrests across the country, in drug possession arrests more broadly, in stops and frisks in Boston, in seatbelt enforcement in Florida, and in arrests for low-level offenses in Minneapolis.”

When will things ever change?