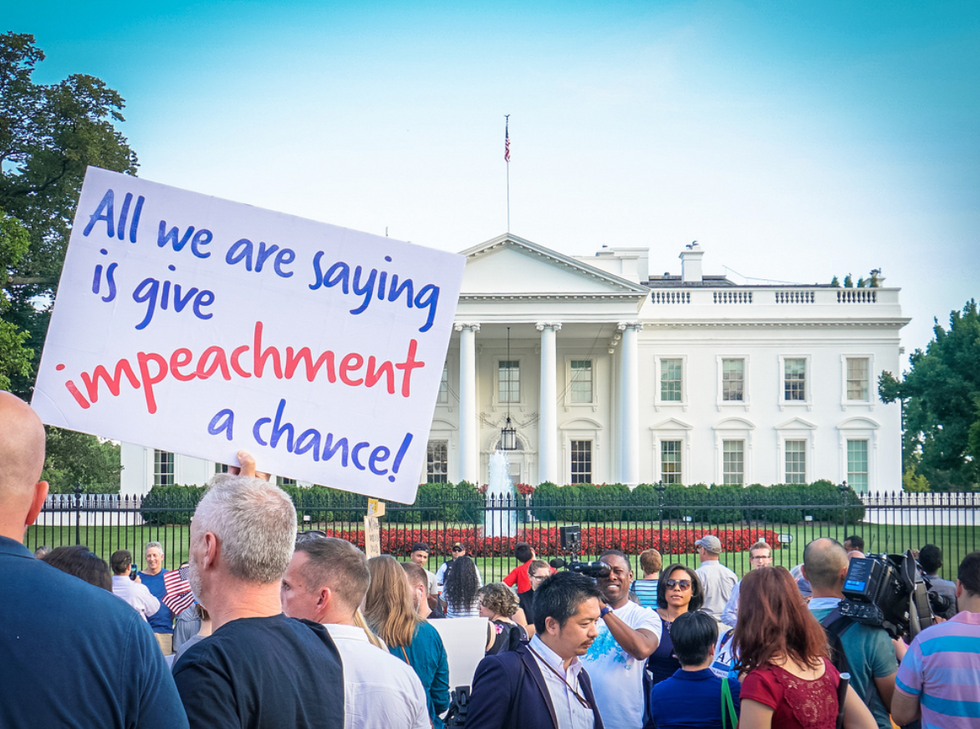 As the Trump administration and the Republican-controlled Congress face mass protests in Washington, D.C. against their attacks on healthcare, immigrants, women, and the poor—as well as well as their support for white supremacists and men accused of sexual assault—civil liberties advocates are speaking out against an "unconstitutional" National Park Service (NPS) proposal that would severely limit Americans' ability to protest near the White House and on the National Mall.

With the Oct. 15 deadline for public comment on the proposed rule rapidly approaching, the D.C. branch of the American Civil Liberties Union (ACLU) has submitted its 33-page takedown of policy changes that the group warns would violate the First Amendment rights of demonstrators that have been affirmed by "court orders that have stood for decades."

In a blog post published Tuesday, the ACLU of D.C.'s legal co-director Arthur Spitzer noted President Donald Trump's "record of attacking the rights of protesters" and declared, "The heart of the matter is clear: President Trump might not like having protesters on his doorstep, but the First Amendment guarantees their right to be there."

The National Mall, as NPS acknowledged in its August proposal, "is a preeminent national landscape that is home to the enduring symbols of our country including various trees and gardens that symbolize cultural and diplomatic exchanges and gifts from others nations" as well as "monuments, memorials, statues, and other commemorative works."

While an NPS spokesman told the Washington Post in August that the idea for charging protesters fees for support and security "came out of just the sheer cost" of past demonstrations, the ACLU says that is no reason to treat demonstrators any differently than the 45 million non-demonstrators who visit the National Mall every year.

"Managing public lands for the benefit of the American people is what Congress funds the National Park Service to do. That includes demonstrators just as much as tourists or hikers," wrote Spizter. "While the park service may be strapped for funds, it cannot balance its budget on the backs of people seeking to exercise their constitutional rights."

Although demonstrations don't currently incur such fees, the Post reported in August that organizations with small budgets already "can find it cost-prohibitive to comply with park service" rules that "require organizers to provide toilets, on-site emergency medical responders, trash pickup, and more."

Samantha Miller, an organizer with the group D.C. Action Lab, told the newspaper she worries that "imposing any more cost on people expressing their First Amendment rights is just going to stop people from doing that, or it's going to increase the number of unpermitted protests, which can be a concern when you want to keep people safe."

Generally, protest organizers submit permitting requests to NPS at least 48 hours in advance, but current NPS regulations allow for exceptions, recognizing that, as Spitzer noted, "the right to protest now in response to unfolding events is a key part of freedom of speech." In addition to some language changes that suggest an unwillingness from NPS to make necessary resources available for spontaneous demonstrations, the new rule—citing safety concerns—would outlaw small stages or sound systems for such events.

Regarding plans to close off 80 percent of the space presently available for protests directly outside the White House, NPS "didn't offer any justification for closing the sidewalk," Spitzter pointed out—and "even if it were based on security grounds, that wouldn't pass muster because the White House fence is about to be replaced with a new, taller fence with special anti-climbing features, approved last year specifically to 'meet contemporary security standards' while allowing the sidewalk to remain open."