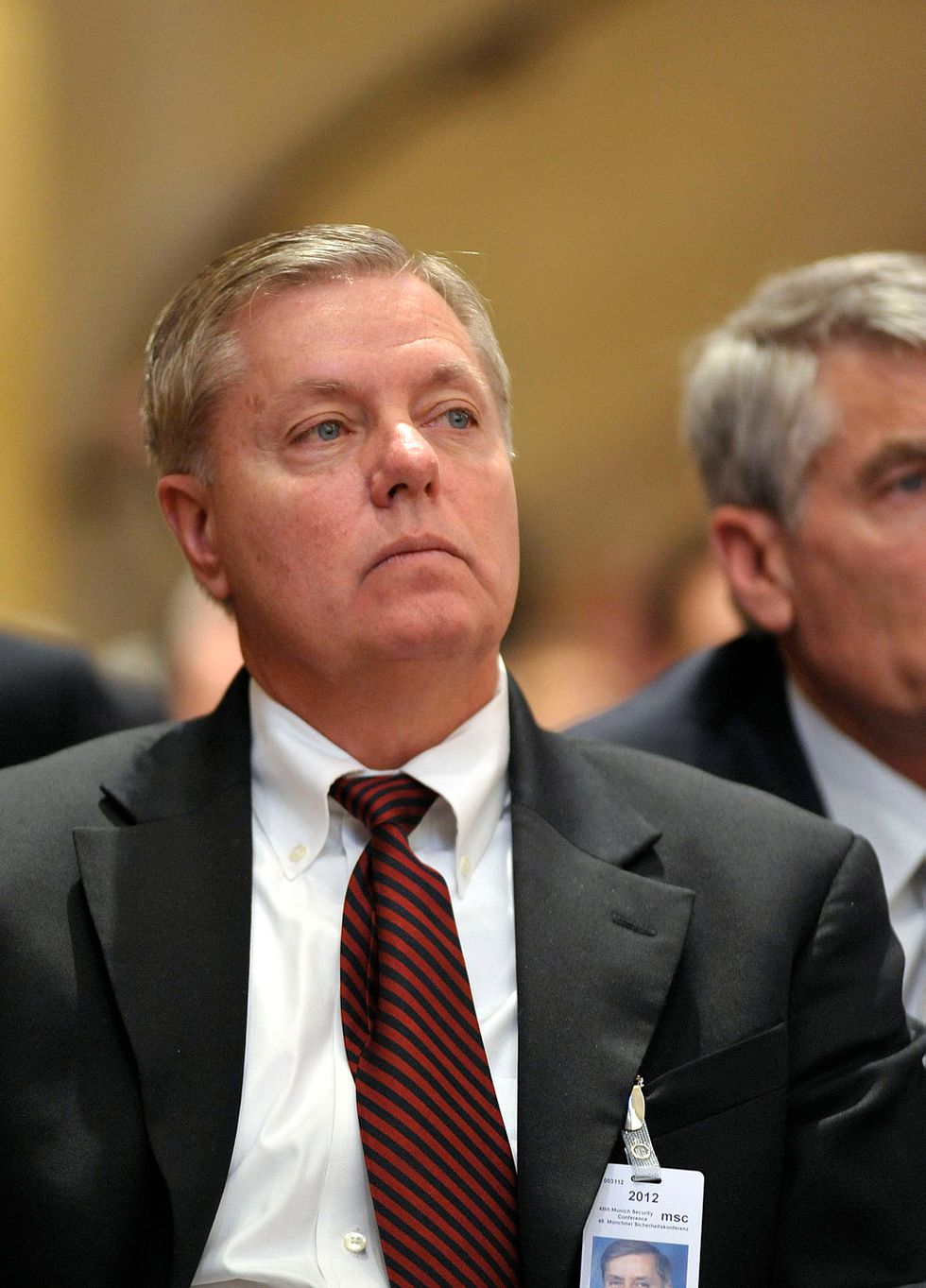 Graham, Bruni charged, is “head of the pack” among the characters in Trump’s inner circle—and he’s winning the race to the bottom.

Insisting Graham rushes to television cameras “the way a toddler chases soap bubbles,” Burn wrote, “his words are whichever ones guarantee a major role and a powerful patron, which means that these days he sounds like a more articulate echo of his golfing buddy: Donald Trump.”

With his hysterical reaction to the hearing, Bruni said, Graham “distilled our rotten politics — its transactional nature, its tribal fury, its hysterical pitch — as neatly as anybody in the current Congress does.”

That’s the sad part I mentioned. And this is the absolutely pathetic twist: McCain, battling brain cancer, stopped spending much time in Washington, and as his health deteriorated, Graham’s ardor and cheerleading for Trump intensified. McCain, you see, wasn’t just Graham’s friend. He was his road to greater relevance. And Trump presented a veritable expressway. So Graham switched vehicles and directions, and pressed the pedal to the metal.

Read the full op-ed at the New York Times.