'People Are Dead': MSNBC Guest Blasts the Media's Focus on Trump's Base - Rather than the Administration's Victims 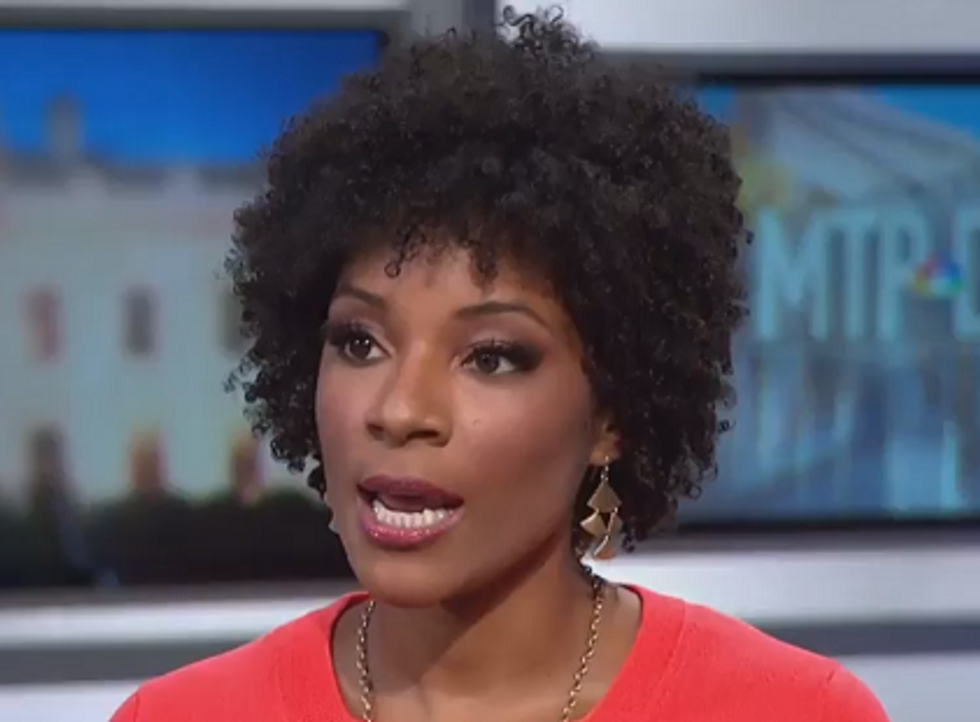 With fewer than two months remaining until the midterm elections that will decide control of Congress for the remainder of President Donald Trump's current term of office, the stakes are higher than they have ever been.

Zerlina Maxwell, the director of progressive programming at Sirius XM and former campaign adviser to Hillary Clinton, put it in stark terms on MSNBC on Monday: people's lives are on the line.

"But I do think, you know, sometimes we obscure the national security point by pointing to the 30 percent of Trump's supporters, or the 30 percent approval that he, you know, sort of consistently has, and we say, well nothing he does matters, nothing he does matters, because that 30 percent, they're never going anywhere," she went on. "Well, you know, if there is a national security crisis or, like we saw last summer, with the hurricanes, three, four thousand people dead because of negligence in terms of their response to the hurricane, you know, who cares what those 30 percent of people think? People are dead as the result of the negligence of this administration, and that actually should supersede some of our focus on that 30 percent that's never going to go anywhere."

WATCH: "People are dead as the result of the negligence of this administration, and that actually should supersede… https://t.co/oALb1YoCZA
— Meet the Press (@Meet the Press) 1536614964.0

Maxwell is reminding the nation of an uncomfortable truth: behind the horse-race politics and behind the drama, there are very real human lives. The tragedy in Puerto Rico and the negligent response was just one chapter of Trump's impact on the lives of the American people. There remains the horrifying possibility that a war could occur, even with a nuclear-armed nation, and behind the scenes, Trump seems to have openly been okay with that idea.

Even if there is no war, and there are no natural disasters or any of the national security crises Maxwell is thinking of, Trump's administration is dangerous. The nomination of Brett Kavanaugh to the Supreme Court, for example, could have wide-ranging impacts on abortion rights, guns, and health care, and a retrogressive ruling on any one of these issues could kill people by the thousands.