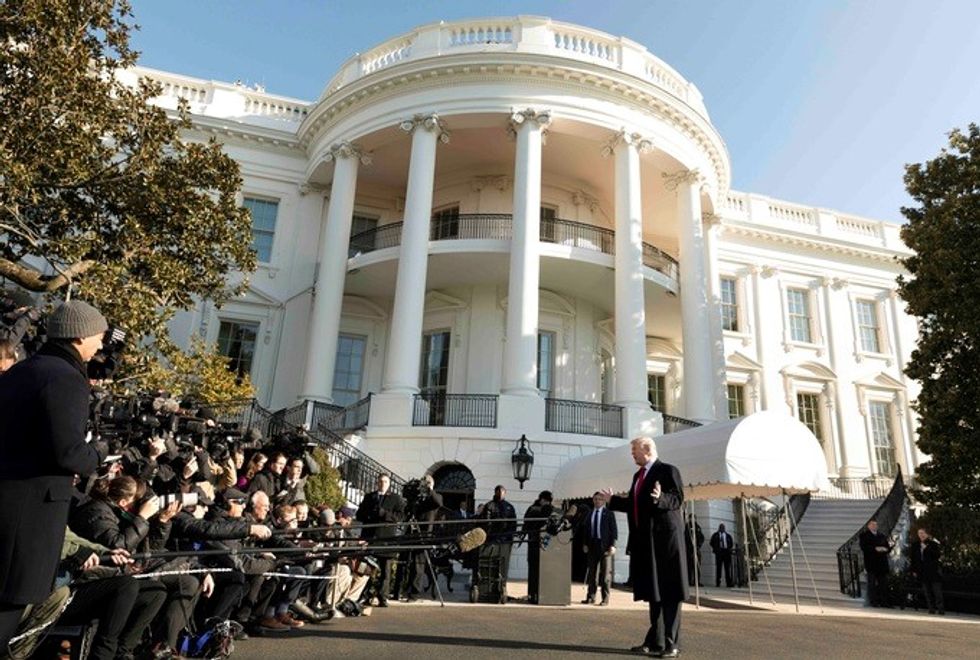 While reactions to the bombshell New York Times op-ed published Wednesday from a senior administration official denouncing President Donald Trump as "amoral" varied widely, one opinion about the piece was commonly shared across partisan lines: the person should come forward and reveal their identity.

Rick Wilson, a conservative author and frequent critic of Trump, made that argument forcefully in Daily Beast Column Thursday.

Though he mildly lauded the op-ed for speaking the truth, he argued that it is in both the writer's personal interest and in the national interest to abandon anonymity.

"You know what you're doing in service to Trump is morally indefensible, but you’re trying to 'But Gorsuch!' yourself out of the ethical sewer," Wilson wrote. "That’s so Swamp."

He continued: "If you argue that you’re doing a great job, I should note that Frederick Fleet, the Titanic’s lookout, did ring the doomed ship’s warning bell and shouted to the bridge, 'Iceberg, right ahead!' After all, only part of the ship hit the iceberg, right?"

Prospects for the president — and anyone who serves him — are only getting worse, Wilson argued:

You know Mueller is coming. You know that November is coming, and in January the Democrats will have subpoena and oversight power in the House. The days when Paul Ryan let Devin Nunes and his clown crew run wild in defense of your boss are soon over. You’ve described Trump’s instability, poor judgment, and amorality yourself. The only easy day was yesterday.

And moreover, Wilson said that it is clear that the anonymous person will eventually be revealed. By coming forward now, they could at least maintain their dignity by speaking out against the president with confidence — and certainly get a book deal in the process. The writer will never get a job in government again, to be sure, but that's a small price to pay for ensuring the national security.

"Run before they catch you," wrote Wilson. "Tell it all. Save yourself. Save the country."