Yet Another Kavanaugh Accuser Alleging a Drunken Assault in 1998 Is Being Investigated by the Senate: Report 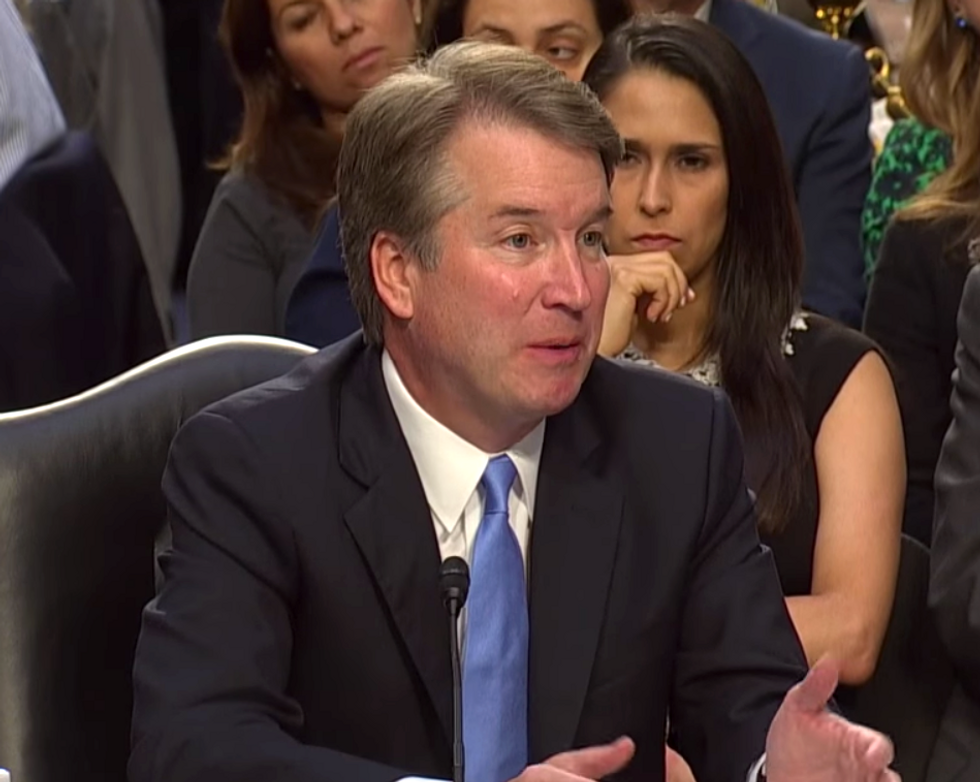 The Senate Judiciary Committee is investigating a previously undisclosed allegation of sexual misconduct against Supreme Court nominee Brett Kavanaugh, according to a new report from NBC News.

The report says the committee has been informed of an incident in 1998 during which the accuser says that Kavanaugh drunkenly shoved a woman against a wall "very aggressively and sexually.” She details the incident in a letter.

Sen. Cory Gardner (R-CO) received the letter, according to the report, which was discussed on a phone call Tuesday with members of the committee and Kavanaugh. The nominee denied the allegation.

“There were at least four witnesses including my daughter.” The writer of the letter provided no names but said the alleged victim was still traumatized and had decide to remain anonymous herself.

A Democratic source said the minority wasn’t satisfied by the Republicans’ questions about the incident during the call, calling them cursory, and believed it should be investigated more deeply.

After the report was published, Gardner released a statement about the allegation: "On September 24th our Denver office received an anonymous letter in the mail about an alleged incident with Brett Kavanaugh in 1998. The letter contained no names, no address, and no contact info."

This new report is the fourth detailed allegation to emerge against Kavanaugh. Christine Blasey Ford made the first accusation, describing a violent encounter with Kavanaugh and his friend Mark Judge at a high school party. She said Kavanaugh pinned her down, groped her, and tried to remove her clothes. Deborah Ramirez recently came forward to say that while they were classmates at Yale, Kavanaugh exposed his penis toward her and pushed it toward her face at a drunken party., causing her to touch it against her will. And on Wednesday, lawyer Michael Avenatti revealed new allegation from Julie Swetnick of a pattern of misconduct and abuse at parties in high school. She says Kavanaugh was involved with "spiking" drinks to prepare women at these parties to get "gang raped."

Kavanaugh and Ford are scheduled to testify before the Senate committee on Thursday about her allegation.