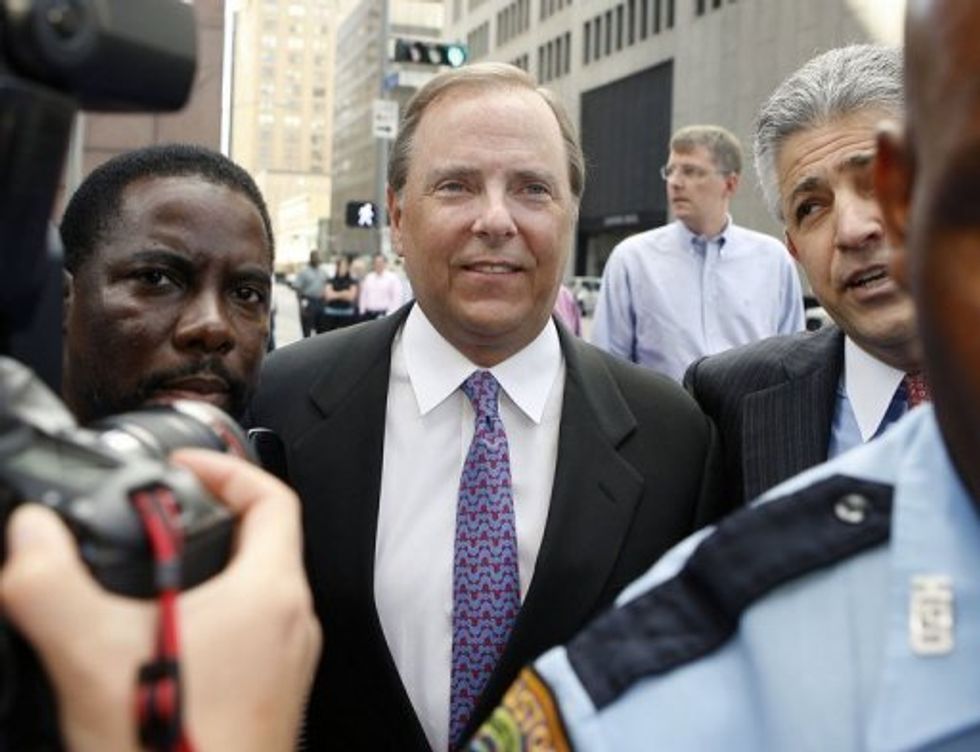 Recently Jeffrey Skilling, the former CEO the infamous Texas energy company Enron, was quietly released from prison and placed into a halfway house. To some, the news might offer a satisfying conclusion to the Enron story. The details of the company’s 2001 collapse, involving a massive accounting fraud, were so outlandish that Skilling’s prison term seemed as if justice had been served. After all, many Enron employees lost their retirements when the company went under. The problems with Enron, though, are bigger than the few people who went to jail as a result. The company’s collapse was ultimately enabled by a number of business trends that developed during the late twentieth century and which are still with us today. Indeed, Enron was a warning sign about the dangers of the very financial derivatives that threatened the entire global economy ten years ago.

Skilling’s time at Enron reveals how the influence of Wall Street transformed U.S. business at the end of the twentieth century. In the late 1990s, Enron was celebrated in the business press for pioneering a new style of business. This success was largely attributed to Skilling, who had first come into contact with Enron when he was a consultant for McKinsey. As part of his work for the Texas energy company Skilling created a new business model for the natural gas pipeline company through the creative application of financial derivatives. At the time, the gas industry was in desperate need of a new approach to business. In the mid-1980s, natural gas deregulation ushered in sweeping changes for the industry. While in the past there had been strict rules that determined both the price of gas and how companies could operate, after deregulation, any company could contract with a pipeline to transport natural gas and, significantly, gas prices were no longer set by regulators. For gas pipeline companies such as Enron, this meant finding entirely new ways to operate. Skilling helped solve this problem by drawing inspiration from the innovations taking place on Wall Street. By offering a range of different derivatives deals, Enron’s customers were able to secure gas supplies at fixed and predictable prices. This, of course, was welcome news to industrial buyers of natural gas.

Skilling’s early work for Enron was enormously successful. Now at Enron fulltime and convinced that this business model could be applied to a range of different industries, Skilling pushed the company into areas beyond natural gas. Offering a comparison to the art world, Skilling told interviewers for a business school case study that Enron’s “paint” and “brush stroke” were now being applied to a larger “canvas.” Indeed, that Enron had just introduced financial derivatives related to changes in the weather reveals just how big that “canvas” was that Skilling had in mind. The influence of Wall Street could also be felt inside the company. Skilling changed job titles inside the company to match those found inside large investment banks. As a glowing Fortune magazine feature noted, the new job titles implied that each employee was “part of a portfolio” which would allow Enron’s leadership to tinker with employee assignments just as bankers did with stocks and bonds. With Enron, the financialization of the American economy seemed to have reached its pinnacle.

Ironically, Skilling’s early success with adopting banking practices also contained the seeds of Enron’s eventual ruin. Despite his belief that his business strategy could be applied to many different industries, Enron had trouble repeating its early success with derivatives. However, through the combination of complicated derivatives deals (often with strange names like “Nighthawk” and “Osprey”) and “mark-to-market” accounting – a method that was typically used for banking - Enron was able to hide losses on many of these new businesses. When the company did finally unravel at the end of 2001, there was widespread public outrage.

Enron’s bankruptcy, then the largest in American history, meant a swift reversal of Skilling’s public image. No longer seen as a business visionary, Enron’s CEO now seemed to be nothing more than a con man. On Capitol Hill, an impulse towards reform followed Enron’s failure. Sarbanes-Oxley, the major piece of legislation that emerged from the Enron scandal, focused more on accounting transparency than systemic change. Michael Oxley, the late congressman who coauthored the law, worried that the Enron scandal sent the message that “somehow the game is rigged against the average investor” and that the government needed to act in order to “restore confidence in the markets.” When President Bush signed Sarbanes-Oxley into law, Washington largely declared the affair over. Prison sentences for many, including Skilling, were handed down over the next several years. This spectacle of handcuffed executives, as some have ruefully noted, was missing after the 2008 crash.

However, neither congressional action nor criminal prosecution slowed the financialization of the American economy. On the contrary, the lack of any widespread economic disruption after Enron’s failure provided some with a false sense of comfort. While doing business with the doomed company, New York investment banks had taken out credit default swaps in case the company collapsed. To at least some policymakers, it seemed as though these new derivatives had worked. In particular, Alan Greenspan argued that Enron’s collapse was proof that “the combination of deregulation and innovation in the financial sector” had created a more fundamentally sound and secure economy. There was no need, in his estimation, to regulate credit default swaps because banks had been free to develop flexible strategies for managing risk.

Greenspan’s conclusion is one of the more tragic ironies of Enron’s history. Indeed, the next scandal brought about by financial derivatives would have much bigger consequences. That a post-Enron crisis caused by financial derivatives threatened the entire global economy should be a stern warning that have we did not learn the broader lessons of the Houston company’s collapse. Stopping the next crisis will require more than punishing bad actors. Rather, what we need now is a sustained conversation about the power and influence finance has over much of the economy.