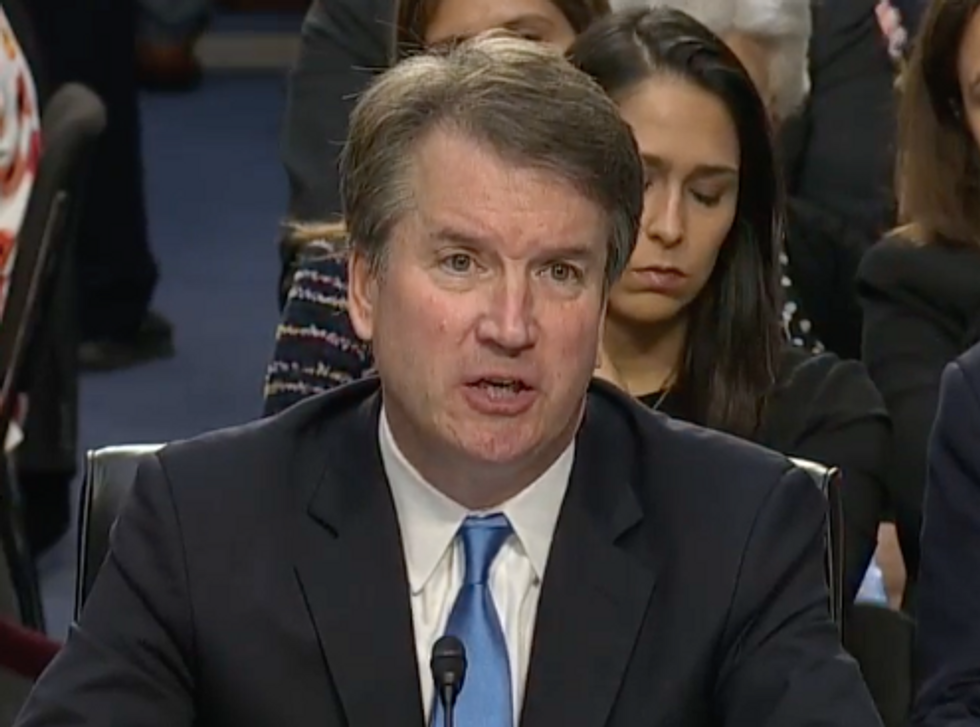 As America's families send their children back to school, the U.S. Senate has begun its contentious hearings on the nomination of Judge Brett Kavanaugh to the U.S. Supreme Court. There are several important cases waiting on the Court’s docket this fall, and whoever replaces Justice Anthony Kennedy will have tremendous power to impact our everyday lives at home, at work and in school for generations to come.

For instance, the Supreme Court is currently considering whether to hear Johnson v. U.S., a case about whether police can use a routine, minor traffic violation to justify the seizure of a car and its passengers in the hopes of finding evidence of other crimes. The case asks whether there is any investigative interest that is too trivial to justify a pretextual seizure under the protections of the Fourth Amendment.

Such decisions can feel abstract or academic on paper, but their impact on our everyday lives are often all too real.

Most of us know that in 1973, the Supreme Court held in Roe v. Wade that states cannot ban abortion before a certain point in pregnancy because doing so would violate a woman’s constitutional right to liberty and privacy. Roe and other Supreme Court decisions also protect the right to continue a pregnancy, meaning that the government cannot coerce us into not having children through sterilization or other means. Additionally, the right to use contraception, whether you are married or single, is also protected as a constitutional right dating back to the decision of Eisenstadt v. Baird in 1972.

The Supreme Court’s decisions are all interconnected, and overturning Roe – as President Trump has guaranteed his nominee to the Supreme Court would do – would have a ripple effect on other essential rights that often impact our daily lives.

Below are four other important Supreme Court cases that concern core legal issues of liberty, equality, and the right to be secure in our bodies and our belongings. These cases concern what it means to be treated fairly by the government, so that we can make the types of personal decisions that give us a say in our own lives.

Schools: A parent’s right to make decisions about their children’s schooling can be traced back to two Supreme Court decisions in the 1920s. In Meyer v. Nebraska, the Court struck down a Nebraska law that prohibited teaching foreign languages in public schools to young students, finding that it violated the right to liberty, which includes the right to “establish a home and bring up children.” A few years later, in Pierce v. Society of Sisters, the Court found that an Oregon law requiring parents to send their children to public schools “unreasonably interfere[d] with the liberty of parents and guardians to direct the upbringing and education of children under their control.”

Digital Privacy: In 2014, the Supreme Court ruled in Riley v. California that the police must have a warrant to search information on a smartphone of a person upon arrest. The case arose after a police officer stopped David Riley for driving with expired registration tags. The police subsequently arrested Riley and confiscated his phone and examined its entire contents. The Court held that this search violated the Constitution – specifically the Fourth Amendment, which protects against unreasonable searches - because the officer didn’t get a warrant first. As the Court explained: “Modern cell phones are not just another technological convenience. With all they contain and all they may reveal, they hold for many Americans ‘the privacies of life.’" To protect this privacy, the Court concluded that its “answer to the question of what police must do before searching a cell phone seized incident to an arrest is accordingly simple – get a warrant.”

Marriage: At least two decisions by the Supreme Court protect our rights to marry who we want: Loving v. Virginia and Obergefell v. Hodges. In 1967, the Supreme Court made clear in Loving that the U.S. Constitution protects the right to marry as a fundamental right as part of our right to “liberty,” and that state prohibitions on interracial marriage violate that liberty right, as well as the right to equal protection of the law, which are both guaranteed by the 14th Amendment. In 2015, in Obergefell v. Hodges, the Supreme Court said it was unconstitutional for states to prohibit marriage between two people of the same sex. In reaching this decision, the Court wrote that marriage is part of our right to liberty, explaining that “marriage is essential to our most profound hopes and aspirations.”

Work: Recently, the Supreme Court decided Epic Systems v. Lewis, which effectively allows employers to force workers, low-wage and white-collar alike, to give up their rights to sue them as a group for unfair wages. The facts involve a group of workers who believed that they had been underpaid in violation of wage and hours laws and wanted to join together to have a stronger claim. Federal law allows workers to do just that, specifying that workers can engage in “concerted activities” for their “mutual aid and protection,” recognizing strength in numbers. Nevertheless, the Supreme Court held that employers could require the workers to give up these rights through an email notice stating that by continuing to come to work, the workers had “agreed” not to go to court, but to pursue arbitration for any wrongdoing, and that all arbitration claims would be individual claims only. This was a 5-4 decision, meaning that similar cases that reach the Court in the future could again be decided by the vote of one justice.

Every American willing to take the time can influence who is on the Supreme Court. The president nominates the justices for the Supreme Court and every U.S. senator votes on whether to confirm that justice. Once a justice is confirmed, those appointments are generally for life.

If you want a Supreme Court that will uphold your rights at work, at home, and in making your most personal decisions, contact your U.S. senators and let them know that they should only confirm a Supreme Court justice who believes in these protections for all people.