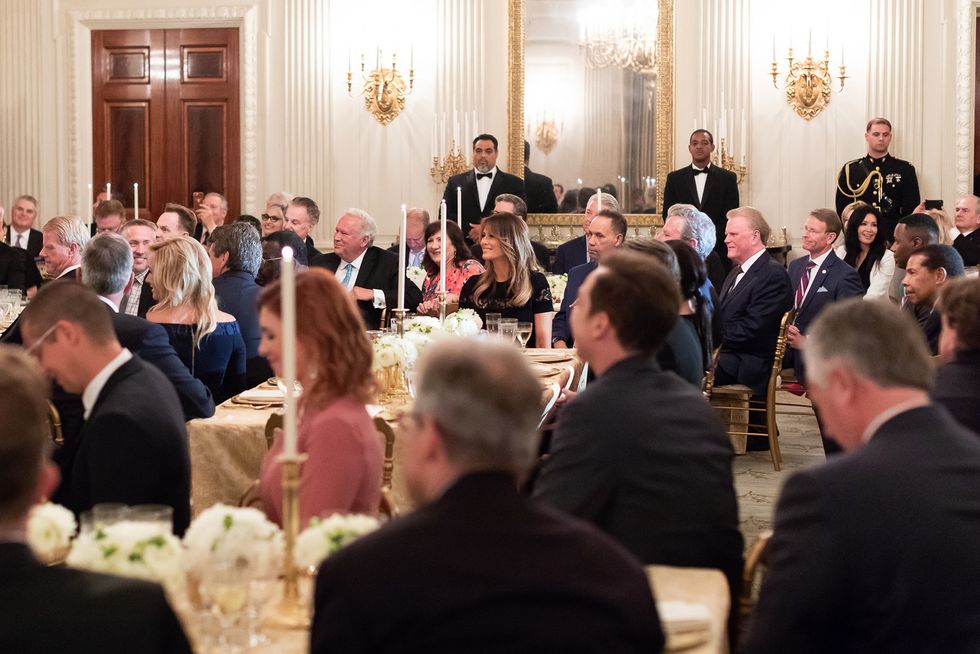 Despite Hill’s accusations against him in 1991, Thomas has been one of the most socially conservative justices on the Supreme Court—and the Christian Right has generally applauded the nomination of Kavanaugh, who would replace the retired Anthony Kennedy, a right-wing 1987 Ronald Reagan appointee who was fiscally conservative but showed libertarian-ish leanings when it came to gay rights and abortion. The Christian Right is hoping that Kavanaugh, if confirmed, will join Thomas and other social conservatives on the High Court in ruling to overturn Roe v. Wade (the 1973 ruling that, in effect, made abortion legal in all 50 states). And those who have applauded Kavanaugh’s nomination have ranged from Karen Swallow Prior of Liberty University (founded by the late Rev. Jerry Falwell, Sr.) to the Family Research Council’s Tony Perkins (who considers Kavanaugh a “strict constitutionalist” despite his appalling record on civil rights).

Had a Democratic nominee for the Supreme Court been accused of attempted rape, the Christian Right would be demanding the nominee’s immediate withdrawal. But Kavanaugh, regardless of Ford’s accusation, will get a pass from the Christian Right because they see him as part of their tribe—just as Thomas got a pass in 1991, and just as President Donald Trump has been getting a pass.

Barack Obama, although not a fundamentalist, has a much stronger connection to Christianity and a much longer history of attending church than Trump—who isn’t especially religious. Far-right white evangelicals, however, despise Obama but adore Trump. Rev. Robert Jeffress, for example, exalted Trump as “the most pro-life, pro-religious liberty, pro-conservative judiciary president of any president in history”—and he isn’t alone in feeling that way.

The double standards of the Christian Right are impossible to miss:

The Rev. Jonathan Wilson-Hartgrove, a Baptist minister in Durham, North Carolina, criticized the hypocrisy of the Christian Right in a September 3 commentary for the New York Times—noting how selective they can be when it comes to morality.

Wilson-Hartgrove wrote, “As proponents of Christian nationalism continue to be the most consistent base of support for President Trump, my evangelical faith compels me to challenge the way reactionary conservatives have hijacked our faith to serve their narrow interests.” And the North Carolina minister went on to say that while the Christian Right likes Judge Kavanaugh when it comes to abortion, they aren’t so Christian when it comes to their quest to “make life more difficult for minorities, workers, poor people, and the LGBTQ community.”

Media Matters has noted how quick Fox News—which has always been supportive of the Christian Right—has been to attack Ford’s credibility. Rather than wait to hear her testimony about the alleged 1982 incident involving Kavanaugh, Laura Ingraham and others at Fox News are already attacking her credibility and dismissing her as a dishonest tool of the Democratic Party.

However, one self-identified “conservative evangelical” who has been calling Republicans out for being so quick to condemn Ford is former gymnast Rachel Denhollander—who declared, “ Conservatives, you want to be the party of family values? You want to be pro-woman and pro-child? Then start by taking claims of sexual assault seriously instead of using poor logic, straw men and ad hominems to avoid the issue. Otherwise, you are part of the cultural problem.”

Denhollander said it perfectly. But the Christian Right has always had two sets of standards—one for their tribe, and another for all the non-fundamentalists they despise. And when far-right white evangelicals fail to take accusations of sexual abuse seriously, it shows how warped their view of “family values” really is.