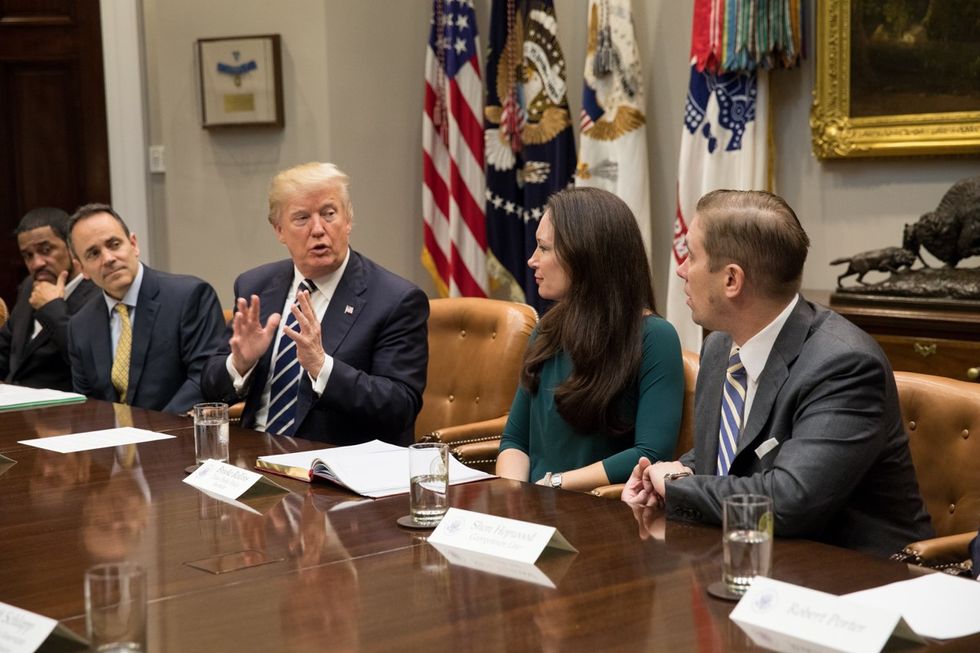 The White House has been struggling to keep up with the pace of scandal surrounding President Donald Trump, and the latest allegations against Brett Kavanaugh, Trump's pick for the Supreme Court, have just added more fuel to the fire.

According to a new report from Vanity Fair reporter Gabriel Sherman, some of Trump's advisers are fearful more damning claims about Kavanaugh may emerge.

White House advisers are worried that more damaging information about Kavanaugh could come out. Two sources told me the White House has heard rumors that Ford’s account will be verified by women who say she told it to them contemporaneously. People worry, without apparent evidence, of another Ronan Farrow bomb dropping. One source says Ivanka Trump has told her father to “cut bait” and drop Kavanaugh.

Kaitlan Collins, a CNN reporter, said that there has also been fear inside the White House about the potential testimony of Christine Blasey Ford, who accuses Kavanaugh of attempted rape. Tuesday night, Ford released a letter saying that she wants to wait until the FBI conducts an investigation into the matter before testifying, despite the fact that lawmakers have scheduled a hearing for next Monday.

"White House officials were worried about Christine Blasey Ford's testimony Monday, fearing she could come off as credible and convince Murkowski and Collins, two crucial votes they desperately need, to vote against Kavanaugh," Collins said on Twitter. "They will likely be pleased [with the] latest development."

These attitudes help explain a small mystery that has arisen since the allegations against Kavanaugh became public. Trump, surprising many, hasn't displayed his typical hostility and aggression in response to Ford and her claims.

But this is less surprising if the president's advisers are seriously concerned about Kavanaugh's prospects. With an election right around the corner, a major failure could have serious consequences for the president's party. So Trump hasn't gone out of his way to ferociously defend Kavanaugh — perhaps hedging his bets against the embarrassing possibility that the nominee will have to withdraw.