What a New Study of British Spies Reveals About the CIA 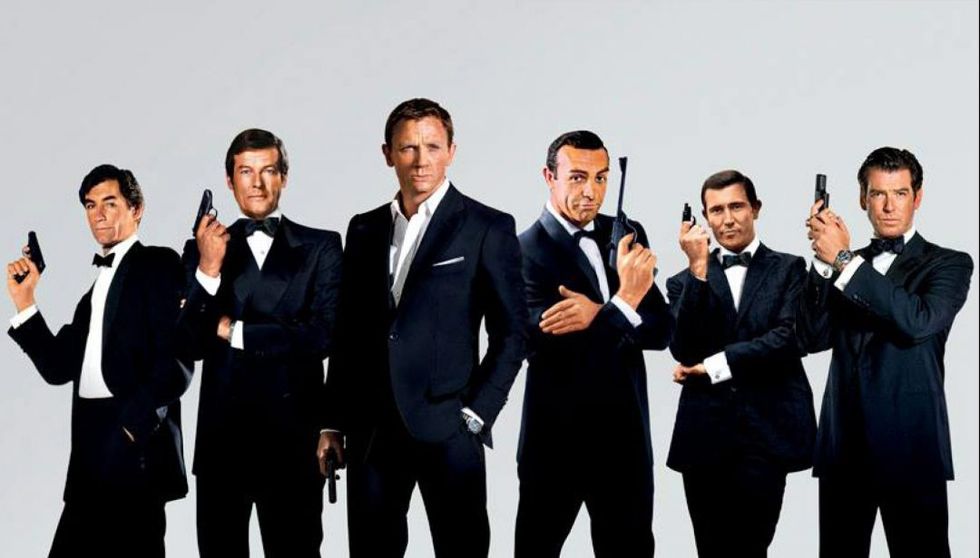 Historians know a great deal about CIA history. The US government has acknowledged some 50 Cold War covert actions, from fiddling with Italian elections in the late 1940s to undermining Marxist influence in Yemen in the 1980s. Spy chiefs, practitioners, journalists, and academics have written enough books on the CIA to fill several libraries. Although debate still rages about the good or ill of the CIA, we know the major contours of its history.

There is a problem in this historiographical landscape, a problem that might give a distorted image of the CIA. Many of these histories are written in isolation. Books tell the American story of Langley; tales of brave/reckless (depending on one’s persuasion) American intelligence officers working across the world in furtherance of American interests.

This approach risks overplaying American agency and exaggerating the power of the hidden hand. Failure to consider the role of local actors or US allies can be distorting. This is particularly the case regarding the United Kingdom, with whom American intelligence has long enjoyed a supposedly “special” – but undeniably close – relationship. British fetishisation of secrecy hinders understanding not only of British secret history but of America’s too. For example, it was British intransigence which held up archival releases covering the Anglo-American coup in Iran back in 1953.

Looking at the history of covert action through the eyes of MI6 therefore offers unexpected insight into the CIA.

British covert action cannot be considered in isolation from US activity, but the reverse is also true. Since 1945, both sides have misled the other, manipulated the other, tried to recruit the other and restrained the other.

In trying to “rollback”the Soviet Union from Eastern Europe, the CIA has gained a reputation for being rather aggressive, especially in the early Cold War. Traditional narratives cast the UK as a responsible partner trying – with various degrees of success – to restrain American recklessness.

In reality, senior officials in the State Department warned that MI6 was acting too recklessly during the disastrous operation to liberate Albania from the late 1940s. Similarly, senior intelligence officers were deeply suspicious of manipulative British attempts to do a secret deal with Yugoslavia and extend influence throughout the Balkans.

Current narratives, including those propagated by the British, suggest that the CIA was keen to learn from British expertise in the early Cold War. We now know, however, that the CIA had become so frustrated by what they saw as MI6 incompetence in Albania that they refused to work too closely at all, insisting on an approach they termed “policy coordination and operational disengagement.”

The following decade, CIA officers were horrified upon hearing the extent of British plans for covert action across the Middle East. Senior officers inside MI6 were planning on overthrowing at least four different Middle Eastern governments. Even the Foreign Secretary, Anthony Eden, recommended kidnapping a Saudi Sheikh.

Britain made the running for the Iranian coup in 1953. London authorized covert action as early as 1951. Spies and diplomats lobbied Washington far earlier than previously realized and later boasted about trying to manipulate the CIA into supporting an operation which essentially sought to stem British economic and imperial decline.

We know that the Suez debacle of 1956, in which the UK colluded with Israel to invade Egypt, damaged Anglo-American relations. Less is known about MI6 and the CIA collusion with Iraq and Jordan before – and immediately after – Suez, designed to overthrow the government in Syria. There was even talk of assassination. It failed miserably but, again, Britain made much of the running, consistently pestering the Americans for support.

As colonies transitioned toward independence, the CIA competed for influence with allies as well as adversaries. The CIA ran political warfare operations on British colonial territory without telling the British authorities, who naively took the Americans at their word. Foreign Office frustration about Washington’s selective approach to intelligence sharing combined with American caution about Soviet moles inside the British security establishment led to the collapse of a more institutionalized approach to joint covert action in the late 1950s.

The tables turned in the early 1960s. Prime Minister Harold Macmillan enjoyed making Washington squirm and, through gritted teeth, praised the benefits of colonialism before granting permission for the CIA to launch covert operations against British Guyana in the 1960s.

Despite the pragmatism, Britain tried to work alongside America wherever possible. London hoped to maximize its influence in an increasingly asymmetric relationship by providing unique or complementary functions and compensating for its dwindling military input. More surprising, is the fact that this was a two-way street. The CIA supported UK covert actions in places such as South Yemen in the late 1970s, despite thinking them “hare-brained,” simply to ensure access to intelligence. The following decade the CIA, in part seeking to bypass congressional restrictions, sought to work closely with MI6 in places such as Afghanistan. More recently, the UK agreed to covert action in Syria, despite MI6, this time, thinking it would be futile, simply to appease American and Gulf allies and to show resolve. Even covert action, supposedly so secret, has an audience.

Examining the CIA in isolation does not give historians the full picture of American covert action during the Cold War. The prism of British secret history highlights the importance of alliances and audiences when planning and conducting covert action, but reveals competition and suspicion. It paints a picture of the CIA as a pragmatic operator, sometimes influenced by allies – sometimes played – but perhaps not always as bullish as critics like to maintain.

The old clichÃ© that the Britain had the brains and America had the money can now be debunked.