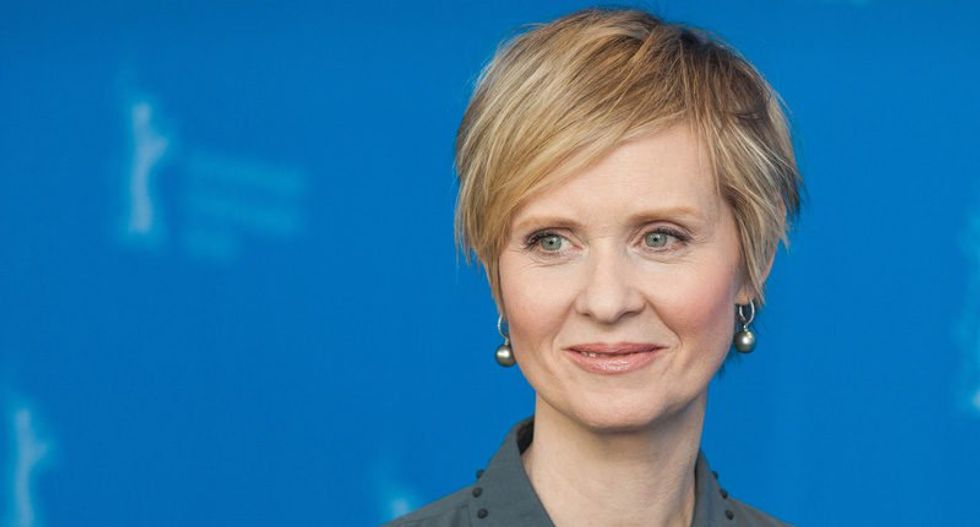 Though New York Gov. Andrew Cuomo overcame progressive challenger Cynthia Nixon in Thursday night's gubernatorial primary, he is likely to face a fundamentally transformed state legislature when he returns to office after many of his fellow GOP-collaborating corporate Democrats were trounced by bold left-wing insurgents.

For years, the Independent Democratic Conference (IDC)—a powerful group of New York state senators—caucused with the New York GOP and effectively handed Republicans a majority in the legislature, allowing them to kill progressive legislation.

On Thursday, "invigorated" progressive New Yorkers turned out in record numbers and delivered a major rebuke to this group of deep-pocketed "turncoat" Democrats by upsetting six of the eight IDC members—victories that could help shift the balance of power in Albany to the left.

"If this doesn't prove that political currency is people over money, I do not know what does," declared Alessandra Biaggi, a progressive lawyer who toppled prominent state Sen. Jeffrey Klein, former head of the IDC. "We have now cut the head off the IDC snake."

"The IDC was the vehicle Andrew Cuomo used for eight years to keep Republicans in power. Today, we changed Albany forever," added Bill Lipton, director of the New York Working Families Party. "He's going to return to an Albany he doesn't recognize, where he's no longer the center of debate. He's going to have to respond to us."

While Nixon, attorney general candidate Zephyr Teachout, and lieutenant governor candidate Jumaane Williams—a trio that was viewed as a progressive slate—were all defeated Thursday night, they were credited with driving voter enthusiasm and turnout down the ballot and helping to knock off establishment incumbents.

"This is an incredible moment for progressives, but it's not just a moment—it's a movement, and this movement is only growing stronger," Nixon wrote on Twitter following her loss. "Thank you all for believing and fighting and leaving it all on the field. We started something here in New York, and it doesn't end today. This is just the beginning. And I know that together, we will win this fight."

In addition to ousting six IDC members in the New York state Senate, the progressive movement also propelled 27-year-old democratic socialist Julia Salazar to victory over corporate Democratic Sen. Martin Dilan, who was not an IDC member but was drowning in cash from the real estate industry.

Salazar—who ran on a platform of combating homelessness in New York and guaranteeing healthcare to all as a right—overcame both a massive fundraising disadvantage and a vile right-wing smear campaign that outed her as a survivor of sexual assault just days before Thursday's election.

In a statement on Thursday, the New York City chapter of Democratic Socialists of America (DSA) celebrated the victories of Salazar and other down-ballot progressives as further evidence that New Yorkers "are ready for bold, visionary leadership and will no longer tolerate candidates who are in the pockets of corporations and billionaires."

"This primary was about the movement of socialists, tenants, immigrants, and working New Yorkers who are ready for a change in Albany," Bianca Cunningham, co-chair of New York City DSA, said in a statement. "We are excited to hit the ground running with new leadership in Albany to make the priorities of working people a reality."