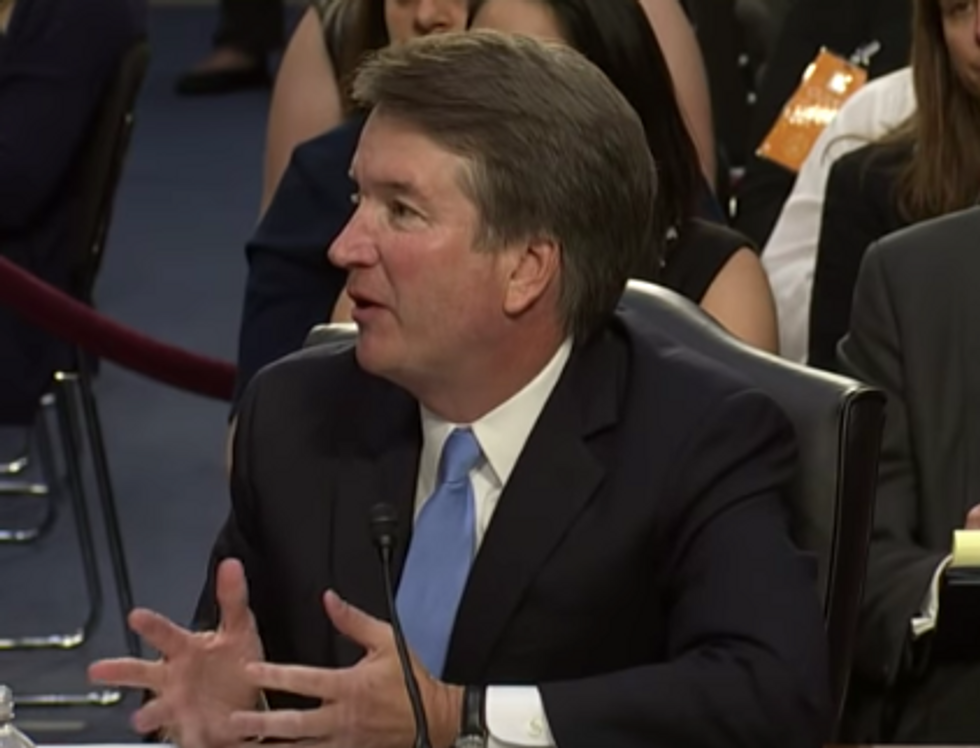 Judge Brett Kavanaugh is refusing to say whether or not he personally believes it is wrong to fire someone for being gay. The U.S. Supreme Court nominee was asked the very direct question Thursday evening by Senator Cory Booker, Democrat of New Jersey.

"Senator, in my workplace I hire people because of their talents and abilities," Kavanaugh, who sits on the federal Court of Appeals for the D.C. Circuit, told Booker.

Sen. Booker tried to give Kavanaugh the space to answer the question, which the judge clearly had not done with his seemingly-rehearsed first response.

"Now we shift to the law," Booker proposed, "do they have a legal right to fire somebody just because they're gay?"

Kavanaugh stepped up his refusal to answer.

"Senator, the question, as I'm sure you're aware, of the scope of employment law is being litigated right now," Kavanaugh said, refusing to answer on the law.

Explaining that same-sex couples "really have a fear that they will not be able to continue those marital bonds," Booker reminded Kavanaugh that in a majority of states across the country gay people can still be fired for being gay.

"I guess," Sen. Booker continued, "you're not willing to tell me whether you, personally, morally, think that that's right or wrong."

Kavanaugh reminded Booker that he is a judge, and repeated that he would not comment.

Some were disturbed by his remarks, which were compounded by his earlier statements Thursday, during which he refused to say if he believed the historic Obergefell Supreme Court case, which found same-sex couples have the constitutional right to marriage.

Here's Kavanaugh on firing people because they're gay:

Kavanaugh refused to respond to @SenBooker when asked if it should be legal to fire someone just because they are L… https://t.co/0lbLFt2z0i
— GLAAD (@GLAAD) 1536329226.0