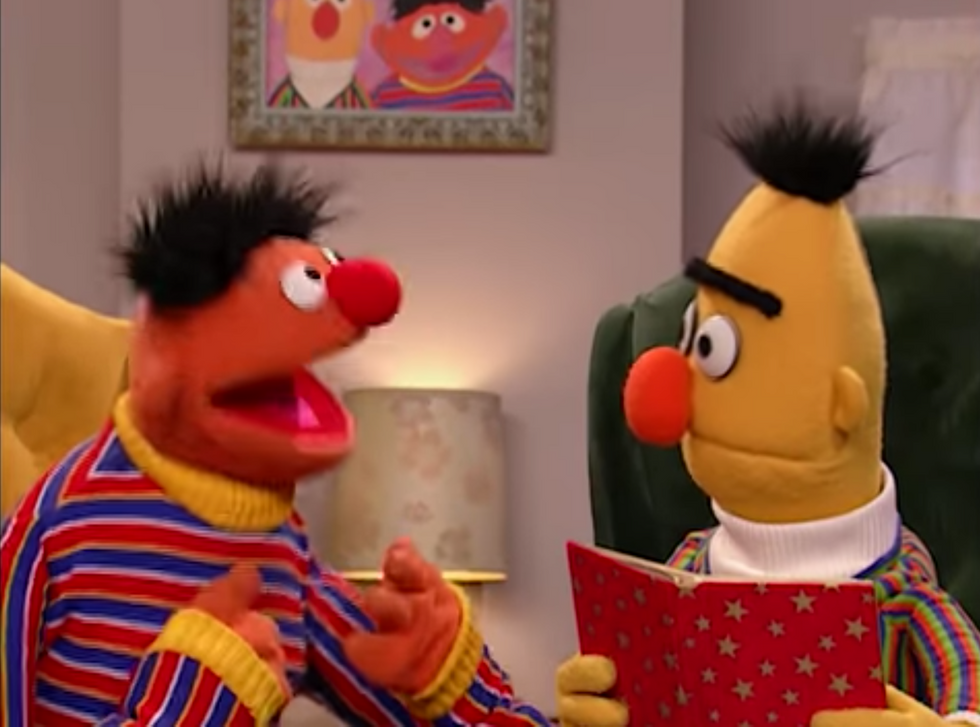 The Wall Street Journal's editorial board, long a bastion for conservative opinion, has devolved into petty partisan sniping and transparent defenses of President Donald Trump since his takeover of the Republican Party. But the paper's new editorial published Wednesday really makes it clear that its opinion section has become a complete joke.

In response to a recent minor controversy around claims that Bert and Ernie, the "Sesame Street" puppets who are roommates and best friends, might also be gay, the editorial board felt the need to put its foot down.

"Are Bert and Ernie gay?" it wrote. "For years, the team behind “Sesame Street” has explained that, no, Bert and Ernie are . . . puppets. But try telling that to the Twitter mob."

The recent discussion around the pair of puppets arose after a former scriptwriter, Mark Saltzman, said he imagined Bert and Ernie as a gay couple. Many viewers have said they've always seen it that way, including many gay viewers. And lots of people talk about the idea on Twitter and elsewhere because, well, it's a fun topic to discuss.

But not for the Wall Street Journal editorial board. In its view, anyone casting doubt on the official word about Bert and Ernie is akin to a torch-wielding mob.

"The enforcers of identity Ã¼ber alles descend on a children’s TV show," it wrote. "[It] speaks to the madness of this political moment that so many adults, in thrall to identity politics, want to ventriloquize the Muppets by reading adult themes into a bunch of fuzzy gloves."

While much of the discussion of Bert and Ernie's relationship is had in good fun, the topic does involve some serious issues. It's important for a diversity of identities to be represented in media, especially for LGBTQ people who might grow up isolated from other people like them. It would be better if more people were exposed to LGBTQ characters in media — and that includes children's entertainment. Despite the Wall Street Journal's fears that a gay relationship would entail introducing "adult themes" into a kids' show, nothing about gay relationships is any more "adult" than straight relationships, which are portrayed on "Sesame Street" and other similar programs aimed at children all the time.

"For crying out loud, it’s a puppet show," the editorial concludes.

Indeed. And gay relationships are just relationships, and people venting on Twitter are just people on Twitter. It doesn't spell doom for society or mean our political society is collapsing. Sometimes a little healthy debate about the characters on our television screens is just that.