The View Corners Papadopoulos on Whether He Told Trump About Clinton Emails: 'No Recollection' and 'Not Doing It Are Two Different Things' 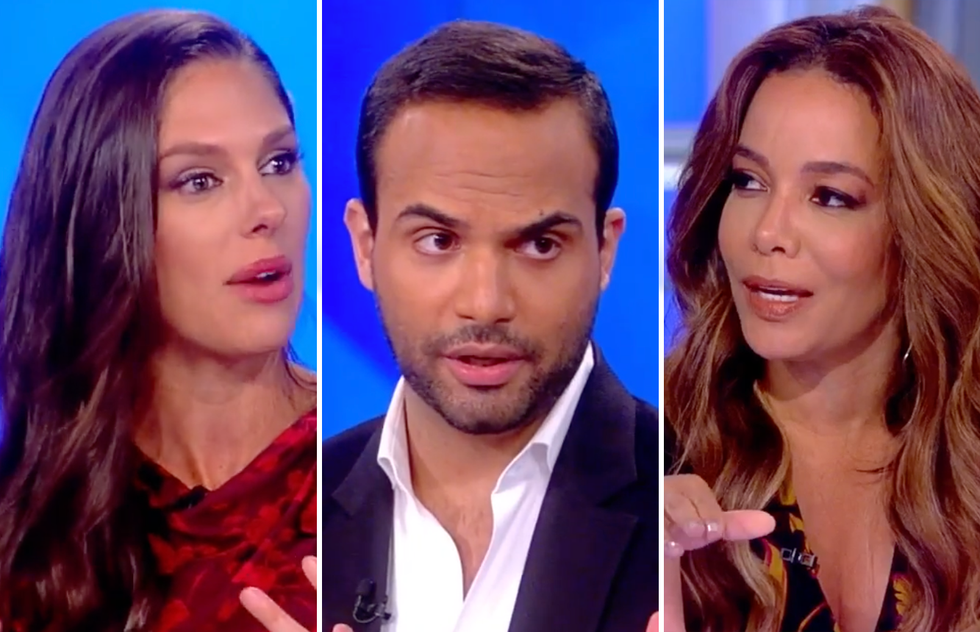 Papadopoulos—who last week was sentenced to 14 days in prison for lying to the FBI about his contact with people connected to Russia during the 2016 presidential campaign—was discussing Joseph Mifsud, the mysterious professor who told him that Russia was in possession of “dirt on Hillary Clinton in the form of thousands of emails.”

The former Trump campaign aide tried to remind “The View” co-hosts about the “context” of that meeting with Mifsud before they flipped the script on his talking points.

“Why didn’t you just go directly to the FBI with that information?” Joy Behar pressed.

Papadopoulos replied not doing so was his biggest regret.

He was then asked if he went “directly to the Trump campaign and tell them about the Hillary ‘dirty emails.’” Papadopoulos explained he had a call set up with White House senior advisor Stephen Miller but the call “never went through,” suggesting he would have perhaps told the campaign had that call materialized.

Abby Hunstsman pressed Papadopoulos on the believability of his story, noting people find it strange he “wouldn’t even try and find a way to contact the campaign to let them know that someone had Clinton’s emails.”

"And that’s what you’re saying?” Sunny Hostin asked. “You never told anyone?"

“I’m saying I have no recollection of doing it,” Papadopoulos replied.

Papadopoulos told the hosts they should remember he was “living in London at the time.”

The former campaign aide insisted his location in London meant his communications were conducted “99 percent over email.”

“Obviously that email has never been discovered because I don’t remember sending it,” Papadopoulos said.