'Utterly Wrong About Everything': Paul Krugman Argues the GOP Has Completely Failed on Health Care 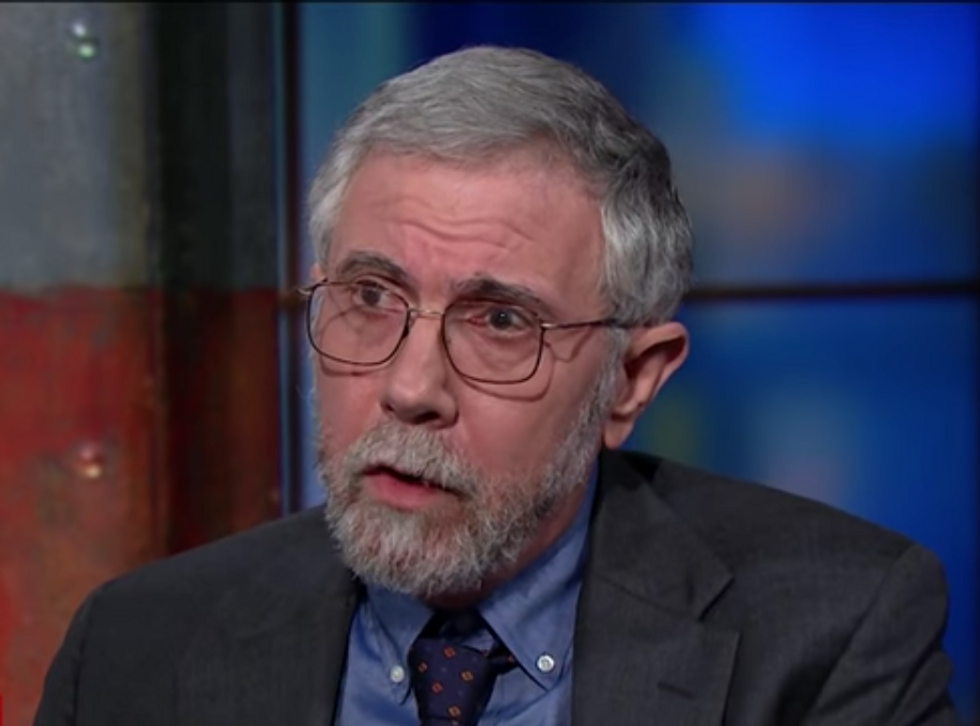 Despite the frantic pace and short attention span of the daily news cycle, Democrats are pushing a consistent issue as their central message for the 2018 midterm elections: health care.

And as Paul Krugman argued in a new op-ed Monday night, they have good reason to focus on this issue. While Democrats have already proven that they can be relied on to make substantial improvements to the nation's health care system, Republicans have demonstrated that they know little and care even less about the issue.

Though the Republicans ran on an anti-Obamacare message for years, they never really had a plan for how to address the nation's health care woes. So when they finally came to power in 2017, they were completely unable to follow through on "repealing and replacing" Obamacare, otherwise known as the Affordable Care Act (ACA). Part of the problem is that they never even seemed to understand what they wanted for health care or grasped their opponents' arguments in favor of the ACA.

"It’s worth remembering what Republicans said would happen before the A.C.A. went online: that it would fail to reduce the number of uninsured, that it would blow a giant hole in the budget, that it would lead to a “death spiral” of rising premiums and declining enrollment," Krugman wrote.

He continued: "What actually happened was a dramatic fall in the uninsured, especially in those states that expanded Medicaid. The budget costs of expanding Medicaid and subsidizing other insurance have been significant, but estimates for 2019 suggest that these costs will be around $115 billion — much less than half the revenue lost due to the Trump tax cut."

Under Trump, Republicans have tried to sabotage Obamacare through the back door, but it appears to be proving resilient enough to withstand these assaults.

Krugman admits that Obamacare is far from ideal. It's merely better than what existed before and better than anything the GOP would come up with now. Democrats know that and are vowing to protect Obamacare, if not expand it.

"Republicans, on the other hand, aren’t just lying about their health plans — pretending, for example, to protect people with pre-existing conditions when they aren’t," he wrote. "They’ve also been utterly wrong about everything, and have learned nothing from their mistakes."

In his view, there's one major party that can be trusted on the health care issue — and it's not the GOP.