Twitter Was Going to Ban Alex Jones – Until Its CEO Stepped in and Stopped It: Report 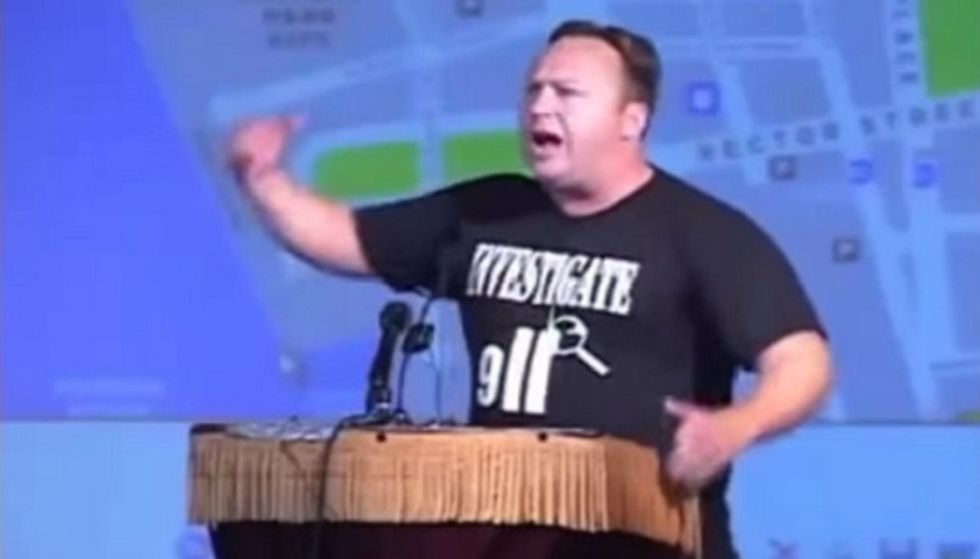 "Last month, after Twitter’s controversial decision to allow conspiracy theorist Alex Jones to remain on its platform, Mr. Dorsey told one person that he had overruled a decision by his staff to kick Mr. Jones off, according to a person familiar with the discussion," The Journal reports. The paper also says Dorsey intervened to allow white supremacist Richard Spencer to be reinstated on Twitter.

In August, Twitter came under fire from its users and even from some employees for not joining many of the top social media platforms in banning Alex Jones.

Jones peddles fake news, and is behind the promotion of horrific and damaging stories, including his repeated claim that the Sandy Hook Elementary School massacre, in which 20 young children and six school officials were murdered, was a "false flag" operation – a hoax – and child actors were used.

So when Facebook, YouTube, iTunes, Spotify and others banned Jones, Twitter claimed he had not violated its terms of service, the "rules of the road" that outline acceptable behavior. Only after CNN highlighted several tweets that clearly violated Twitter's TOS did the social media platform suspend Jones – and only for one week.

(Ironically, perhaps, Jones' tweets, had he published them on his own sites, would have violated his own terms of service, theoretically forcing him to ban himself.)

“Any suggestion that Jack made or overruled any of these decisions is completely and totally false,” Twitter’s chief legal officer, Vijaya Gadde, said in a statement. “Our service can only operate fairly if it’s run through consistent application of our rules, rather than the personal views of any executive, including our CEO.”

Dorsey will testify on Capitol Hill Wednesday. Part of his time will be spent answering to Republicans who falsely are claiming social media companies are censoring conservatives. In reality, right wing voices, and publications including Fox News, are thriving on platforms like Facebook.

Some on Twitter, hearing the news that Dorsey allegedly said he stepped in to prevent the ban of Alex Jones, expressed outrage:

Hey @jack , I have three questions:

2) Do you secretly believe in the ideology of white supremacists?

3) What will you do to make Twitter a safe space & combat fake news and hatespeech? https://t.co/1i53e9CcMD

Image by JD Lasica via Flickr and a CC license