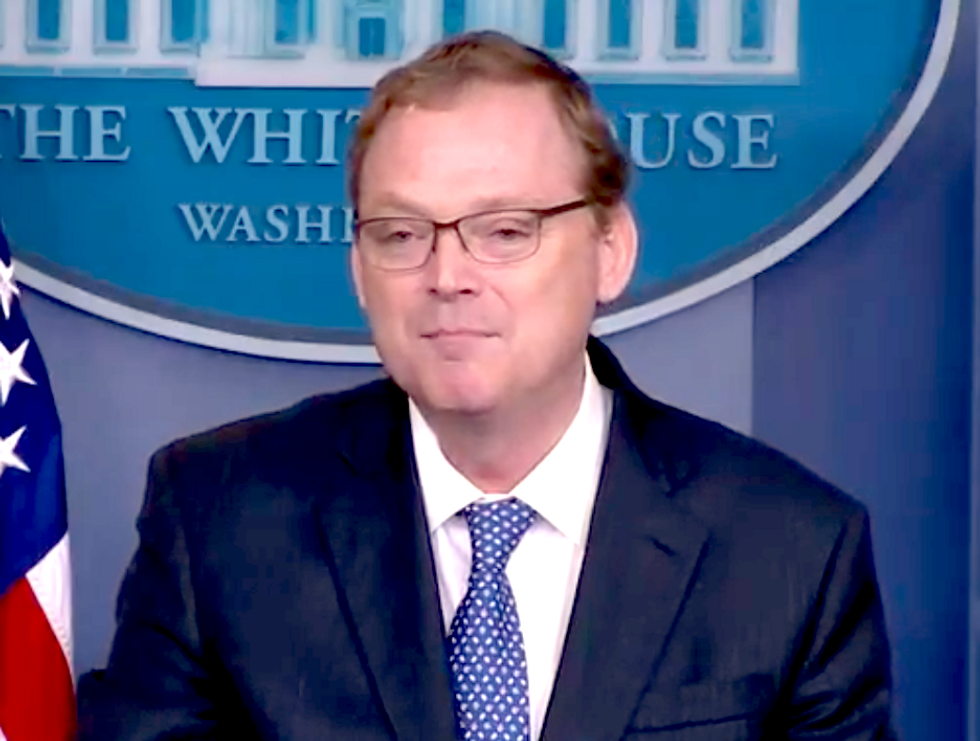 Immediately, observers noted that the claim was false and that this state of affairs has actually occurred frequently in the last century.

"The history of thought of how errors happen is not something I can engage in," Hassett said. "What is true is that it's the highest in 10 years. And at some point, somebody probably conveyed it to him adding a zero to that, and they shouldn't have done that. And I can say that at least we number geeks at the White House are grateful when the press find mistakes we make — we don't like making mistakes — but we're grateful when they're pointed out. Because we want to correct them."

But even after the briefing was over, 8 hours after the tweet had been posted, Trump had not removed the tweet or issued a correction. This would be a particularly important step in actually correcting the misinformation because many of his followers are distrustful of the media and would even disbelieve an article like this one reporting that Trump's own adviser admitted the error.

It's also, for what it's worth, a meaningless statistic, especially in terms of judging a president's nebulous impact on the economy. While it's good to have low unemployment and high growth, there's nothing intrinsically special about one being higher than the other. GDP growth is a rate of change, while the unemployment rate is a portion of the population — entirely distinct metrics.

The error wasn't the only one in Trump's Twitter feed Monday morning. Trump also attacked Obama with a tweet quoting the former president as saying, “President Trump would need a magic wand to get to 4% GDP." This appears to be an entirely fabricated quote, butchering a separate claim Obama made about reviving manufacturing jobs. The tweet also seems to suggest that Trump doesn't know the difference between quarterly GDP growth — which on occasion does reach 4 percent — and yearly GDP growth, of which 4 percent is particularly difficult to achieve.

When asked about this tweet, Hassett brushed off the question.