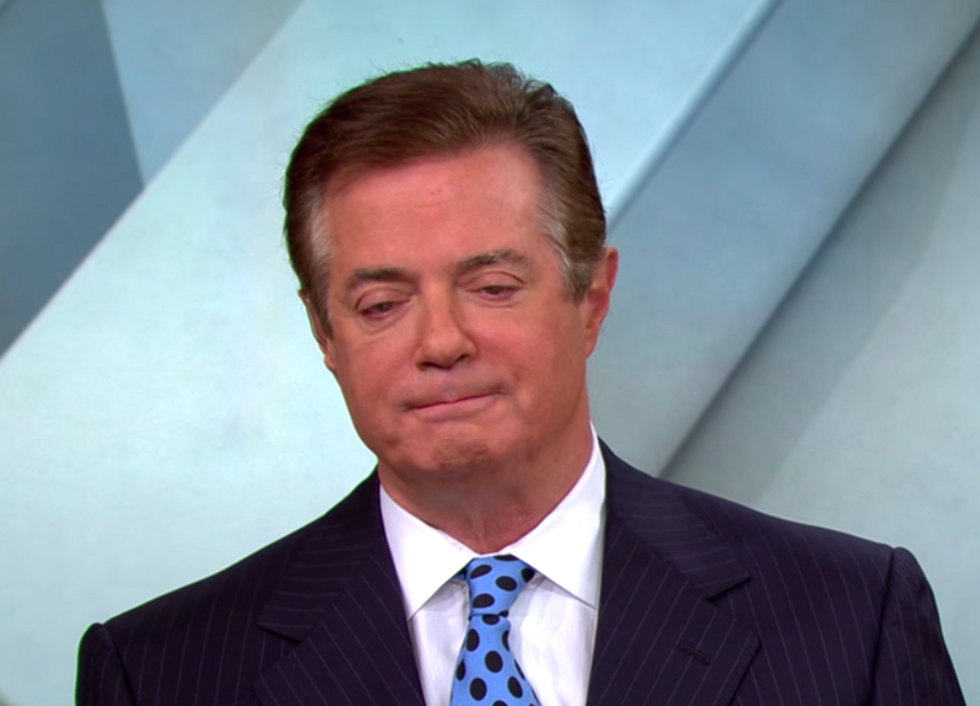 Paul Manafort, the former campaign chair for President Donald Trump, reached a "tentative" agreement with prosecutors to plead guilty to charges that were set to be taken to trial this month, according to a new report from ABC News.

The report said it is not yet clear whether the plea deal will include cooperation with the special counsel Robert Mueller's team, which brought the charges that relate to Manafort's work as an agent for foreign governments.

Manafort has already been found guilty on eight charges of bank and tax fraud in a separate trial.

Manafort and his most senior defense attorneys spent more than four hours Thursday in discussions with a team of special prosecutors who are involved in the ongoing investigation into whether there was collusion between the Trump campaign and Russia.

ABC News spotted the team arriving in a dark SUV Thursday morning, pulling into a secret entrance out of public view at the building where Special Counsel Robert Mueller is based.

Word of the agreement comes as Manafort's second trial was slated to begin later this month in federal court in Washington, D.C.