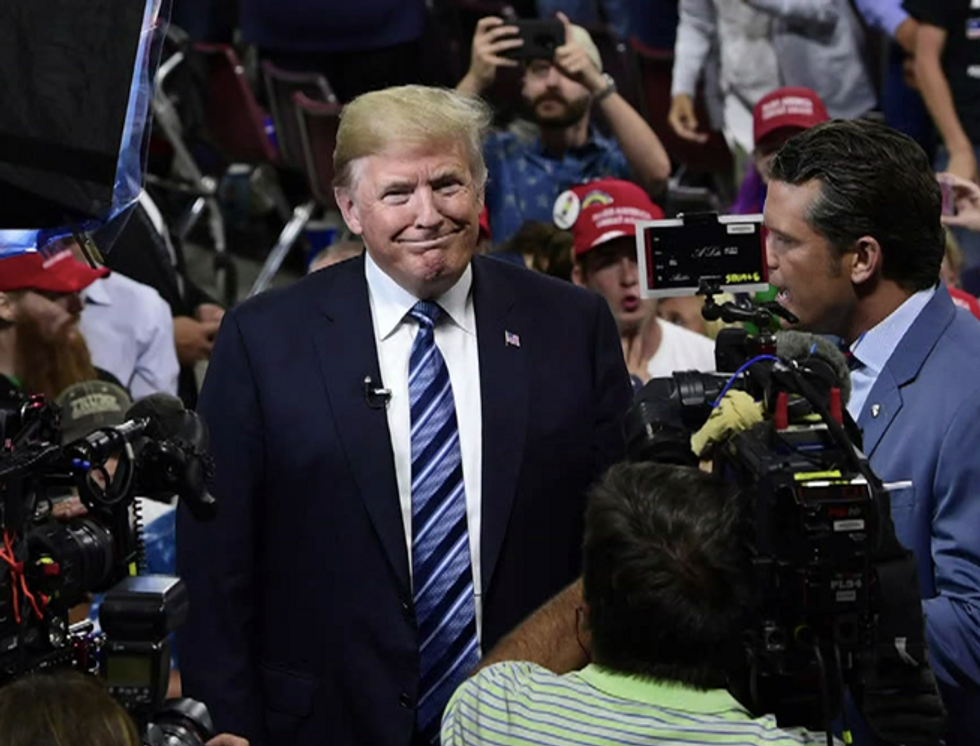 President Donald Trump says he will ask the Dept. of Justice to investigate who wrote the damning anonymous op-ed that's made headlines for days – and made the president furious. He will also ask the DOJ to investigate the New York Times, possibly including suing the paper, according to various reports.

Trump tells reporters on Air Force One he is looking into taking action against the @nytimes. “We’re going to see.… https://t.co/dFGBnDAHyP
— Jeff Mason (@Jeff Mason)1536337375.0

The president supported his actions by claiming national security is at stake.

Some on social media noted the irony of the current president attacking the First Amendment and the mainstream media, while former President Barack Obama was delivering a speech on democracy, being aired live at the same time.