Trump Was 'Pandering to Racist Yahoos': Conservative Writer Explains Why He Changed His Mind and Now Supports NFL Protests 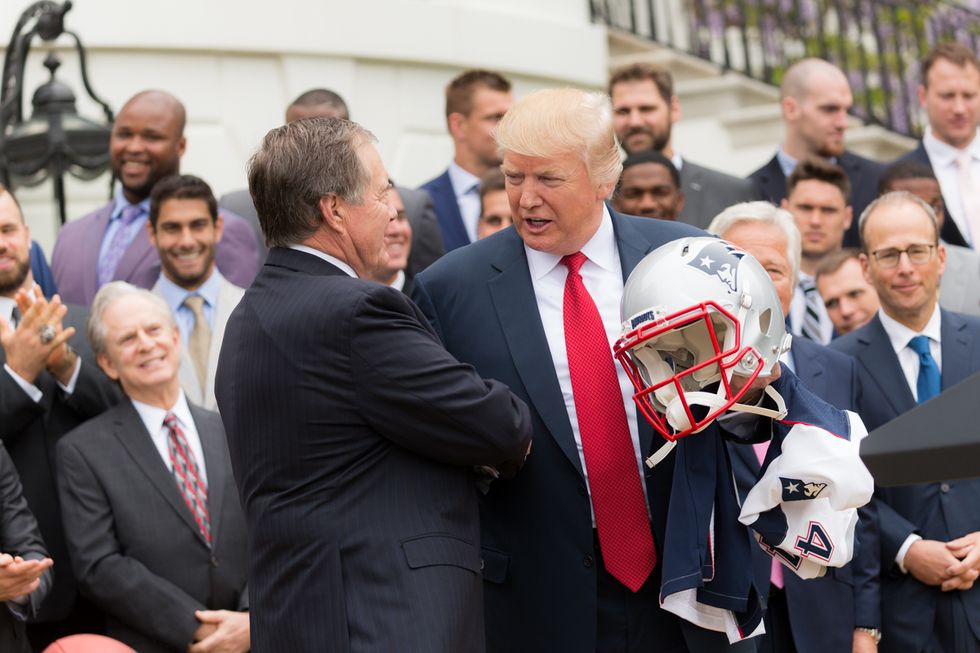 Max Boot, a conservative writer and frequent critic of President Donald Trump, revealed Monday that he's changed his mind on one of the president's pet issues: NFL players protesting during the national anthem.

It wasn't Trump's power of persuasion that changed Boot's mind — it was the repulsiveness of the president's attacks, particularly on Colin Kaepernick, one of the most prominent of the protesting players, that made him turn against Trump's view.

In a new Washington Post column on Monday, Boot explained that he originally opposed the protests.

"I argued that Kaepernick’s protests were disrespectful to all the soldiers who defended American freedom — and they ignored the fact that, although America remained racist and imperfect, 'it has made tremendous progress during its history,'" he wrote.

But as Trump continued his attacks on Kaepernick and his allies, Boot said, "my sympathies swung in their direction."

"The issue is no longer whether it’s appropriate to protest 'The Star-Spangled Banner,'" he wrote. "The issue now is whether a demagogue will succeed in stifling protests and pandering to racist yahoos."

Boot pointed out that Trump's opposition to the NFL protests is not his only instance of opposing dissent. He attacks the media and other protesters any chance he gets, and he clearly has an affinity for authoritarian rulers in other countries.

"Protests are the very essence of America!" said Boot. "It is a country founded in protest. (Remember the Boston Tea Party?) Protests, such as those in favor of labor rights, women’s suffrage, civil rights and gay rights, helped to make America as great as it is."

He added: "That the president doesn’t understand that protest is as American as watching football on fall Sundays is far more disturbing than anything that any NFL player could possibly do during the anthem."

Those who support Kaepernick's protest in substance and not just in principle would hope that conservatives like Boot could recognize that racism and oppression are as much a part of American history as opposition to these forces is. But the pushback Trump receives from conservatives like Boot, and those who might otherwise be sympathetic to the conservative side of the culture war, suggests that people may be more amenable to changing their minds than it initially appears on these hot-button issues. And that means a real, positive shift in American attitudes on crucial issues may be possible.