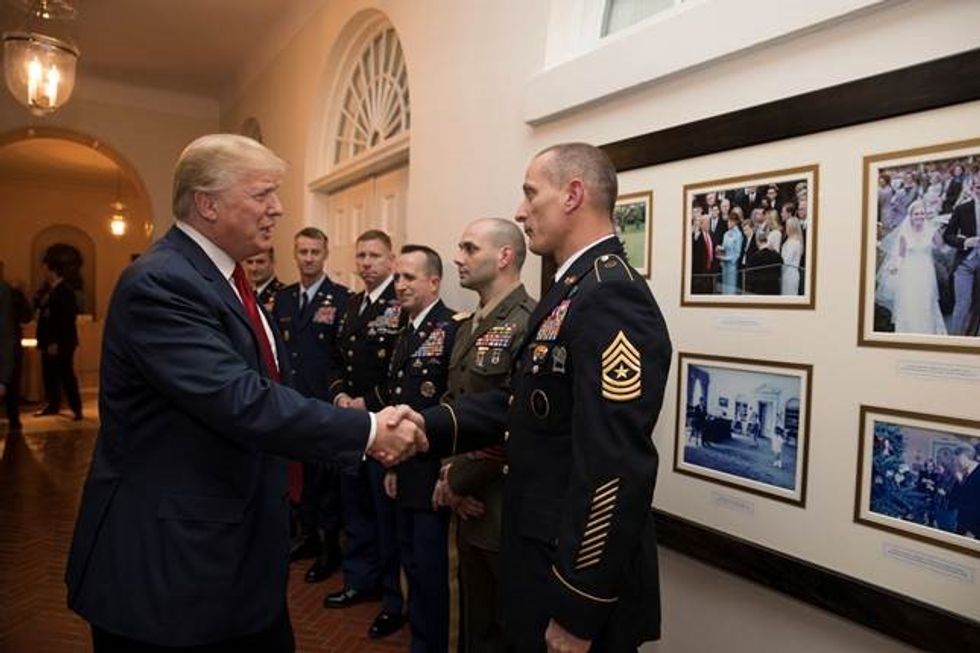 In a new interview with The Hill, President Donald Trump revealed his lack of knowledge of American history and his troubling sympathy with the forces behind the Civil War.

As he often has, Trump deplored President George W. Bush's wars in the Middle East, saying the choice to go on these military adventures was "the worst single mistake ever made in the history of our country."

He added: “Because we spent $7 trillion in the Middle East. Now if you wanna fix a window someplace they say, 'oh gee, let’s not do it.' Seven trillion, and millions of lives — you know, ‘cause I like to count both sides. Millions of lives.”

While Trump is correct to count the lives of both Americans and citizens of other nations in weighing the cost of a war, he gets both the spending on the wars and the death toll wrong. Recent estimates of the death toll of American military interventions place the number under half a million people, not the "millions" he claimed. And the cost of the wars, as The Hill note, is estimated to be about $5.6 trillion, not $7 trillion.

Meanwhile, the Vietnam War, which most people now agree was unnecessary but Trump seems to have forgotten about, does have a death toll that ranges in the millions.

And on the other hand, Trump told the outlet that he seemed to find the Civil War understandable.

"Civil War you can understand," he said. "Civil War, Civil War. That’s different. For us to have gone into the Middle East, and that was just, that was a bad day for this country, I will tell you.”

This claim, in comparison with his remarks about Bush's wars, is deeply bizarre and worrying. Why wouldn't he say that the Confederacy's decision to secede from the United States to protect slavery at least ranks among the worst mistakes in the country's history? Or admit with that having slavery at all was a grave sin that has been with the United States since its founding?

While Trump enjoys making Bush and other establishment Republicans into bad guys, he is consistently reluctant to condemn the Confederacy or the American history of white supremacy. It reveals his sympathy for some of the most racist parts of his electoral base — a sentiment that has been reflected in his policymaking.