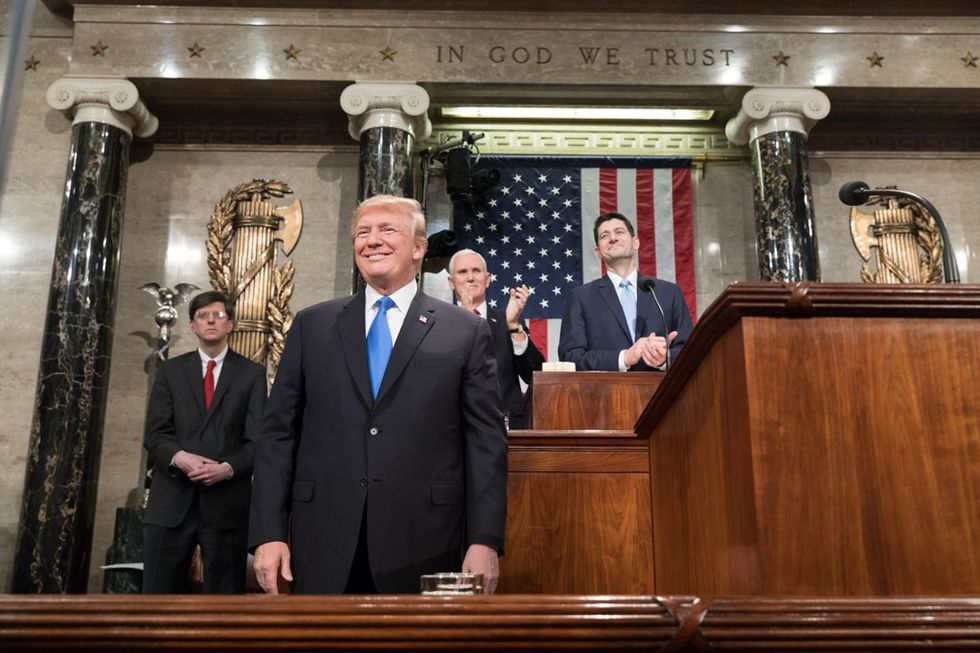 As the White House scrambles to respond to the new book, Fear, by reporter Bob Woodward detailing the inner workings of President Donald Trump's chaotic and incompetent administration, some of the president's aides and advisers have come out to challenge the veracity of the reporting.

For example, Porter's statement about the book calls it "selective" and "often misleading." This apparent denial actually bolsters the credibility of all the passages regarding Porter, because he does not declare that the book is actually "false" in its claims about him. Any book is going to be "selective," and whether the book is "misleading" is certainly debatable, though someone who worked inside the White House is hardly an objective observer.

Porter, it should be noted, was forced to leave the White House as Trump's staff secretary, after credible allegations emerged that he had abused his ex-wives.

Cohn, who served as Trump's economic adviser before leaving over disagreements about trade policy, issued a similarly weak rebuttal to the book. While he said the book contained "inaccuracies," as Axios reports, he wasn't specific about what the book supposedly got wrong.

"Cohn cited no specific objections to Woodward's extensive reporting of his private views that Trump needed to be saved from his most dangerous impulses," Axios reports. "We're told the book is based on hundreds of hours of interviews, most of which were taped with the consent of the source."

Axios also notes that its own reporting lends credibility to Woodward's account. Woodward himself issued a statement saying he stands by his reporting.

Both Cohn and Porter were involved in one of the incidents recounted in the book that has garnered the most attention. Cohn and Porter reportedly worked "steal" a letter from Trump's desk that would have pulled the U.S. out of its trade deal with South Korea and prevent further copies of the order from reaching him. While Porter contests the use of the word "stealing" to describe the incident, neither directly denied that it occurred.