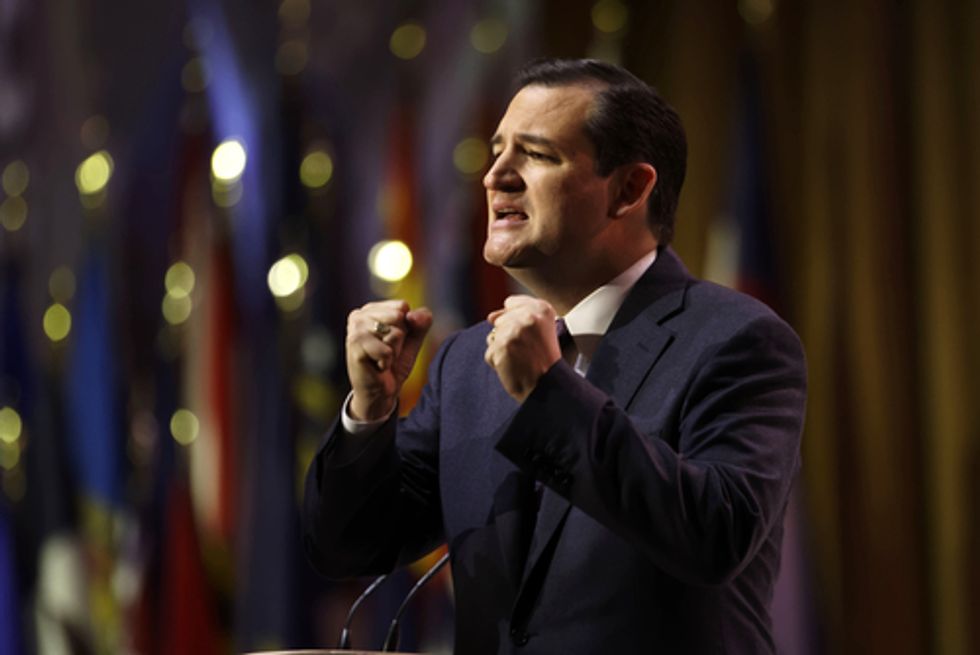 President Donald Trump’s budget chief said Saturday that Republican U.S. Sen Ted Cruz could lose his seat in the November elections, suggesting that he is not likable enough, The New York Times reported.

According to the Times report, Mick Mulvaney, the leader of the Office of Management and Budget and the Consumer Financial Protection Bureau, said at a closed-door meeting with Republican donors in New York City that he did not believe in the existence of a “blue wave” of Democrats overtaking many Republican-held seats but that Cruz may be in trouble.

“There’s a very real possibility we will win a race for Senate in Florida and lose a race in Texas for Senate, O.K.?” Mulvaney said, according to an audio recording of the meeting obtained by the Times. “I don’t think it’s likely, but it’s a possibility. How likable is a candidate? That still counts.”

Cruz, who’s held the Senate seat since 2013, is facing U.S. Rep. Beto O’Rourke, a Democrat, in the November election. O’Rourke has outraised Cruz so far, and recent polls have put the two almost neck and neck.

To further his point on a candidate’s likability, Mulvaney mentioned last year’s special election for Senate in Alabama, when Republican Roy Moore, a former judge accused of sexual misconduct with teenage girls, lost to his Democratic opponent.

The story on Mulvaney's comments was published while Cruz was holding a campaign event in Humble. Speaking with reporters afterward, he said he had not seen the articles yet and thus did not have an immediate comment.

Hours later, speaking with reporters after a campaign stop in Katy, Cruz provided a response.

Patrick Svitek contributed to this report.