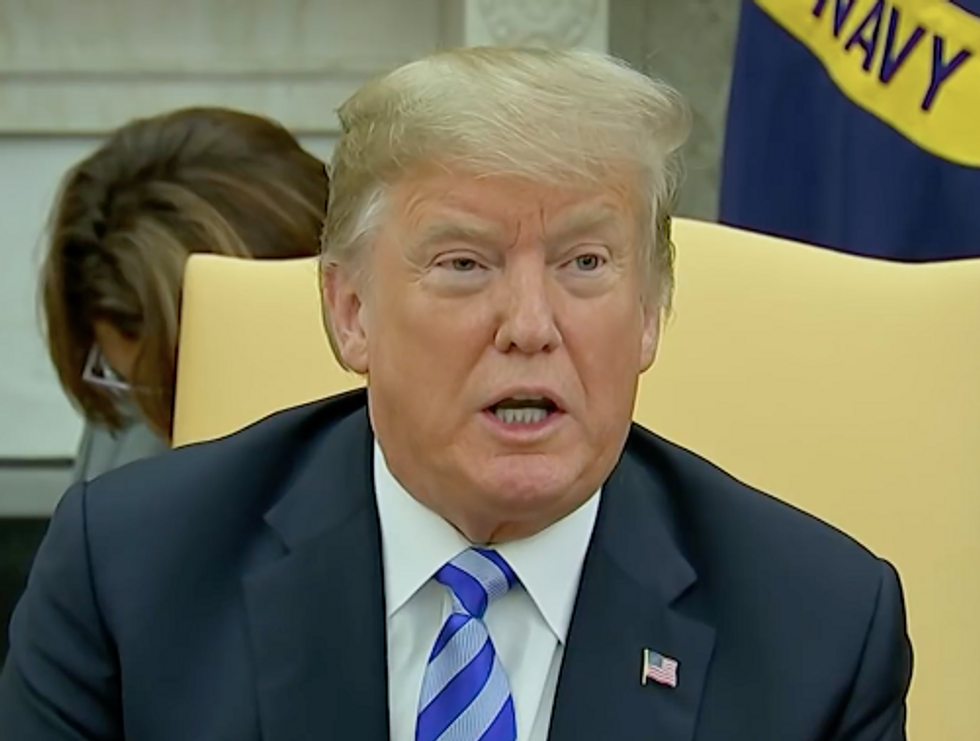 Well, we knew this was coming: Bob Woodward's new book featuring lots and lots of unflattering descriptions of Trump is resulting in yet another Trump meltdown.

And so the White House is now engaged in a new, ahem, search for witch-like creatures.

President Donald Trump, showing his outrage over Bob Woodward's explosive new book, is ordering a real witch hunt in the West Wing and throughout his administration, asking loyal aides to help determine who cooperated with the book.

As the President publicly fumes on Twitter, he's privately on a mission to determine who did -- and didn't -- talk to Woodward, CNN has learned.

According to CNN, Donald is "pleased" by the obviously bogus statements of denial offered up by Defense Secretary James Mattis and chief of staff John Kelly, because Donald is the most amazingly gullible person on the planet, but he is suspicious of anyone who hasn't been as quick to provide immediate statements promising they didn't tell Bob Woodward what they quite obviously told Bob Woodward.

This reaction makes perfect sense, of course. Trump is first and foremost a liar, so what's important to him at the moment is not necessarily what his staff might have told Woodward months ago, but their willingness to lie about it now in their efforts to make him feel better. Trump is more experienced than any of them at secretly telling reporters one thing, often going to the lengths of using a laughable pseudonym, and then denying he did it afterward. Lying about what he previously said to someone is the man's wheelhouse; you want to impress him, you’d better be able to lie with the same shameless aplomb.

So get ready for an entire parade of one-page statements from every single current White House official asserting that no sir, by no means did they call their president an ant-brained dumbass, a spray-tanned buffoon, an idiot, a moron, or a television-addicted blowhard who would lose a game of tic-tac-toe to a mouldering old sock. However could Bob Woodward think we said such things? And so forth.