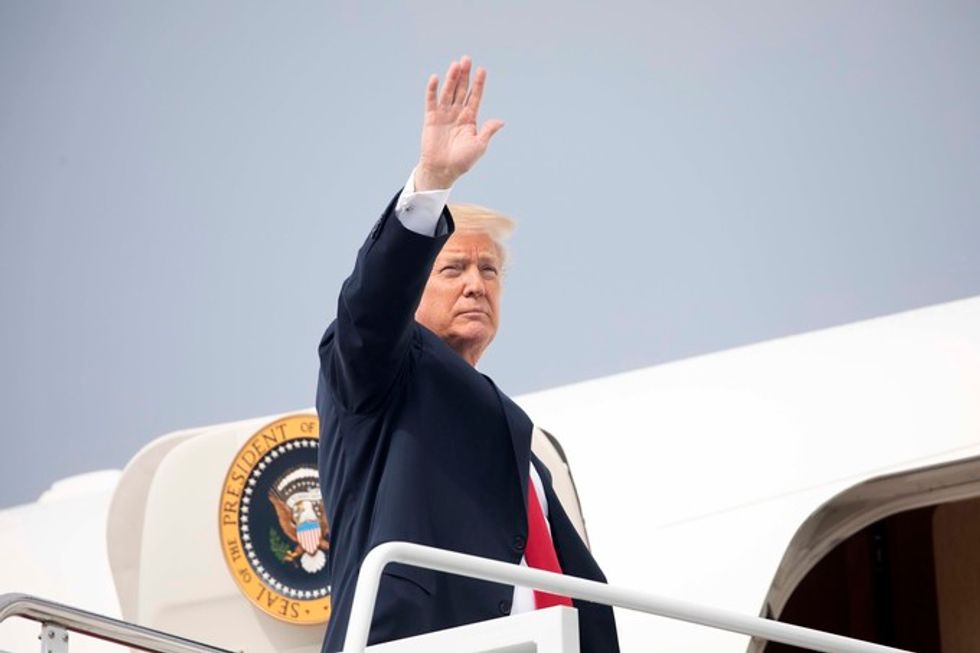 President Donald Trump ordered classified information related to the Russia probe to be made public Monday by the FBI and the Justice Department as a part of his continued assault on the investigation into himself and his campaign.

The order below details the request for declassification, which Trump has unilateral authority to order:

At the request of a number of committees of Congress, and for reasons of transparency, the President has directed the Office of the Director of National Intelligence and the Department of Justice (including the FBI) to provide for the immediate declassification of the following materials: (1) pages 10-12 and 17-34 of the June 2017 application to the FISA court in the matter of Carter W. Page; (2) all FBI reports of interviews with Bruce G. Ohr prepared in connection with the Russia investigation; and (3) all FBI reports of interviews prepared in connection with all Carter Page FISA applications.

In addition, President Donald J. Trump has directed the Department of Justice (including the FBI) to publicly release all text messages relating to the Russia investigation, without redaction, of James Comey, Andrew McCabe, Peter Strzok, Lisa Page, and Bruce Ohr.

"I've never before seen a statement from the White House ordering declassification of something that the intelligence agencies were not ready to declassify," said NBC national security reporter Ken Dilanian about the move. "That's going to have huge repercussions."

Indeed, it is particularly striking that the White House would choose to reveal documents central to an ongoing investigation — a move made all the more egregious given that the investigation directly involves the president and his associates.

The FISA application, in particular, has been a major object of criticism for defenders of the president. They claim that the FBI erroneously used Christopher Steele's dossier alleging Trump-Russia ties to order unjustified surveillance of Carter Page. However, Page had already been the subject of FBI surveillance years before because of his ties to Russian intelligence, and he was no longer a member of the Trump campaign when the application was approved.

Monday's declassification order came at an especially fraught time for the White House. Brett Kavanaugh, Trump's Supreme Court nominee, is facing an allegation of sexual abuse that has thrown his nomination process into peril.

And just last week, it was revealed that Trump's former Campaign Chairman Paul Manafort is cooperating with special counsel Robert Mueller as a part of the Russia investigation. It seems likely that the new step taken by Trump is an attempt to distract from the deluge of bad news.