Trump Funneled $200 Million to ICE from National Security Agencies Even After Congress Criticized Its Spending: Report 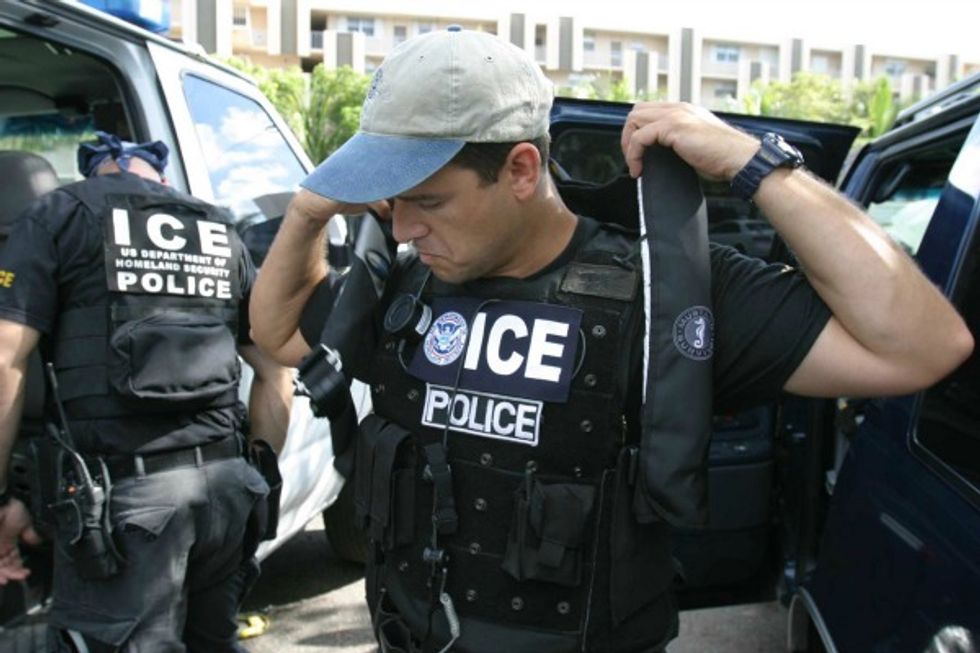 But FEMA is only the beginning.

As CNN reports, this summer, Trump diverted a staggering $200 million from agencies across the Department of Homeland Security (DHS) into the ICE budget. In addition to FEMA, agencies affected include the Countering Weapons of Mass Destruction Office, the Federal Law Enforcement Training Centers, the Coast Guard, the Transportation Security Administration, the cybersecurity office, and Customs and Border Protection.

DHS spokesman Tyler Houlton insists that these funding shifts have not affected the department's readiness in any way, and that the FEMA cuts did not apply to the agency's disaster relief budget.

But Trump's zeal to build up funding for a law enforcement agency notorious for civil rights violations and abuse of immigrants is disturbing, particularly since Congress deliberately sets ICE's funding where it is to make them prioritize enforcement properly.

According to CNN, even Republican-controlled committees in Congress have criticized ICE for its profligate spending:

The House's 2017 explanatory statement for homeland security funding for that fiscal year, as preserved in the Congressional Record, called "financial management weaknesses" a continued "particular problem" with ICE's Enforcement and Removal Operations.

"The lack of fiscal discipline and cavalier management of funding for detention operations, evidenced by inaccurate budget formulation and uneven execution, seems to be the result of a perception that ERO is funded by an indefinite appropriation," the statement said.

ICE, which was created in 2003 as part of post-9/11 national security restructuring, has become a flashpoint of the immigration debate, as the nativist abuses of the Trump administration continue. A growing number of lawmakers and candidates for office are calling for the agency to be abolished altogether.