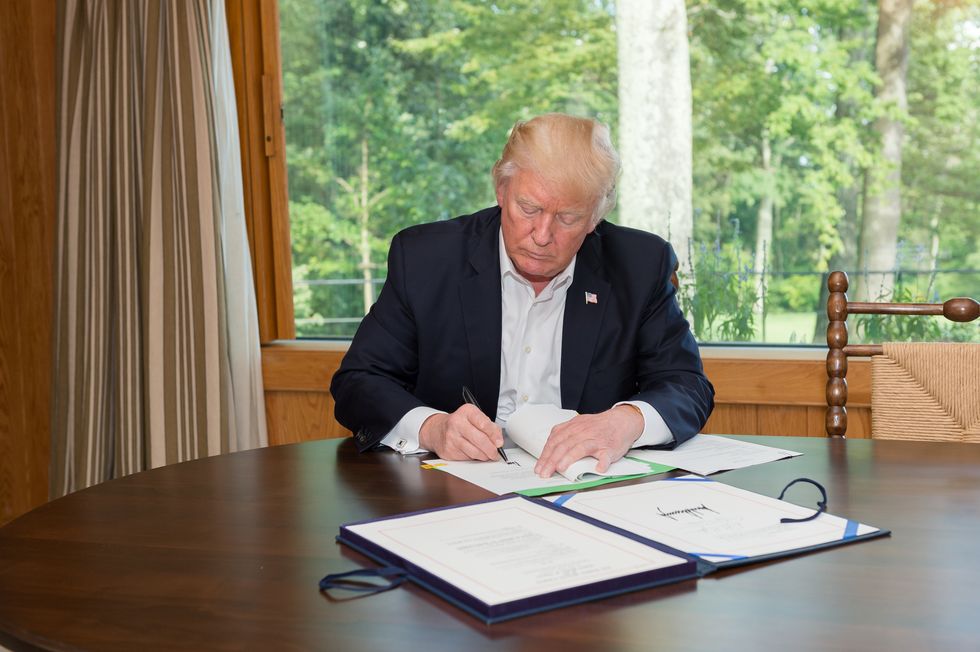 President Donald Trump on Friday finally called for an FBI background investigation into the allegations of sexual assault and misconduct against Supreme Court nominee Judge Brett Kavanaugh after Democrats called for the move for almost two weeks.

“I’ve ordered the FBI to conduct a supplemental investigation to update Judge Kavanaugh’s file," Trump said. "As the Senate has requested, this update must be limited in scope and completed in less than one week.”

He was forced into this position after Sen. Jeff Flake (R-AZ), a member of the Senate Judiciary Committee, declared that he was not comfortable moving forward with a vote on Kavanaugh's confirmation in the full Senate unless a week-long investigation was conducted. Joined by Sen. Lisa Murkowski (R-AK), Flake was able to pressure Republican leadership into calling for the investigation. With the Senate refusing to vote unless Kavanaugh was investigated, Trump had no choice but to call for the probe.

The committee released a statement Friday asking that the "administration instruct the FBI to conduct a supplemental background investigation with respect to the nomination of Judge Brett Kavanaugh to be Associate Justice on the Supreme Court."

It said the probe should "be limited to the current credible allegations against the nominee and must be completed no later than one week from today."

Mark Judge, a man who has been identified by one of Kavanaugh's accusers as a person who was in the room when the assault occurred, said through a lawyer that he is willing to speak with law enforcement about the matter. Democrats, in addition to calling for an FBI investigation, has also insisted that Judge face questions.

Previously, when it was just Democrats calling for the investigation, many Republicans had insisted that the move would be improper or pointless. Trump himself said, "The FBI said they really don't do that."

This was obviously false at the time — all it took was the president's say so for the FBI to look into the matter. With the help of Flake and Murkowski — and the clear pressure they faced from the American people — the investigation has begun.