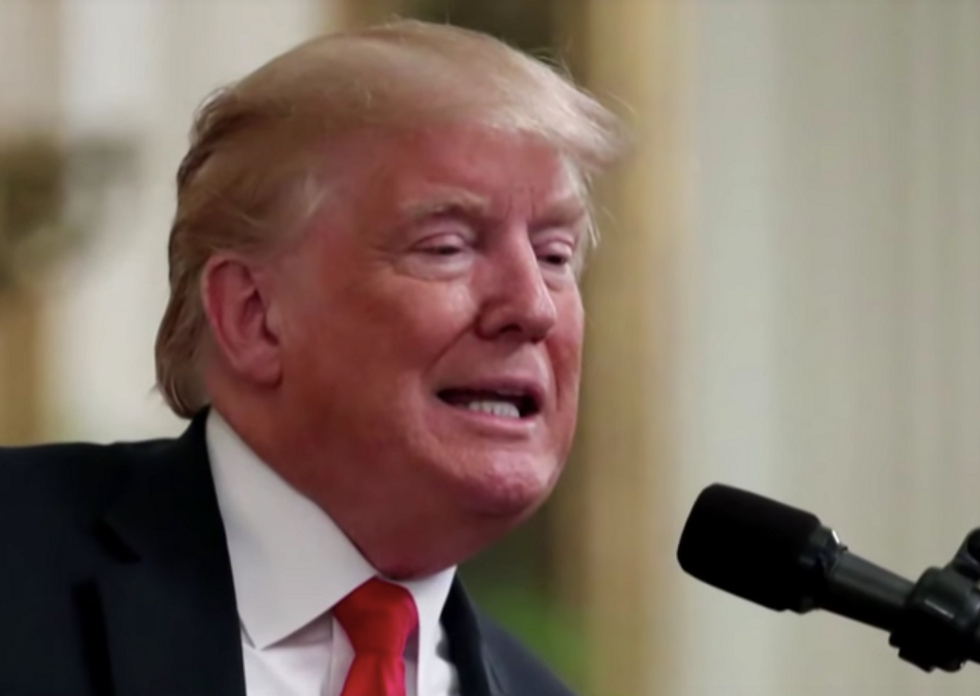 Last week, Donald Trump had a new kind of media to rant against when he added “fake books” to his approved list of Things to Hate. That tweet set off warning bells even then, and as first copies of Bob Woodward’s new book Fear start to leak to the press, it’s clear those bells are going to become emergency sirens.

According to the Washington Post, the book includes detailed, extensive notes, interviews and documents to show the toxic atmosphere inside the Trump White House. That includes some statements that Trump’s base is going to love, including calling John McCain “a coward” for his actions in Vietnam. And Trump has plenty more to say.

Trump on Sessions: “This guy is mentally retarded. He’s this dumb Southerner. … He couldn’t even be a one-person country lawyer down in Alabama.”

Trump’s measured approach to Syria: “Let’s fucking kill him! Let’s go in. Let’s kill the fucking lot of them.”

The book features incidents of aides taking letters off Trump’s desk to prevent a diplomatic crisis, and includes multiple comments from White House aids on how they really feel about Trump.

There’s also coverage of Trump’s attempts to handle a mock-interview with the special counsel office, something his attorneys put together to test Trump’s ability to handle a get-together with Special Counsel Robert Mueller.

Dowd to Trump: “Don’t testify. It’s either that or an orange jumpsuit.”

Trump after the session: “This thing’s a goddamn hoax. I don’t really want to testify.”